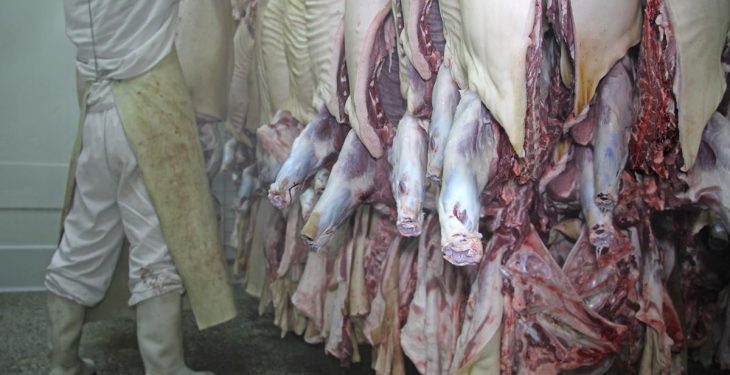 It is believed that the Department of Agriculture, Food and the Marine has begun an investigation into a knackery following the alleged emergence of reports of falsified documents from the facility in question.

Officials from the department’s special investigations unit are said to be attempting to identify and trace “large quantities of meat” processed at the unnamed knackery, according to the Sunday Times.

This meat is reported to have been sold without being sprayed with food colourant to make sure that it did not enter the human food chain.

The meat is thought to have been diced, minced and bagged for sale in various quantities.

Investigations are reportedly being carried out at present to determine if meat could have entered the food chain through sales on the black market to restaurants or door-to-door.

These investigations have so far been unable to clarify what happened, according to reports. The full scale of the problem has yet to be determined.

Category 2 Intermediate plants (knackeries) are approved by the Department of Agriculture, Food and the Marine under the EU Animal By-Products Regulation 1069 of 2009 and its implementing Regulation 142 of 2011, and are subject to control by the department

The Sunday Times noted that investigators believe some knackeries process fallen animals without retaining their ear tags, which are later transferred to stolen cattle or sheep. This would allow them to be laundered into the meat trade.

The Department of Agriculture has announced that it has received no reports that meat harvested at knackeries has illegally entered the food chain, but said anyone with information should get in contact.

The department also confirmed that no audits of the knackeries by the European Commission or any other European agency have taken place over the last number of years. Commission auditors did undertake a recent visit to Ireland, but this was not related to knackeries.