Fastparts, the parts division of Irish agri machinery firm Farmhand, has wrapped up the year by donating over 150 farming toys to Tallaght and Temple Street Children’s hospitals in Dublin.

A range of farming-related toys were donated including remote-control tractors for older children and mini farm animals for the younger ones.

“We had the toys in stock and thought it would be a nice thing to do. There’s nothing worse than being sick and stuck in hospital at Christmas,” said Fastparts director, Sinead Scrivener. 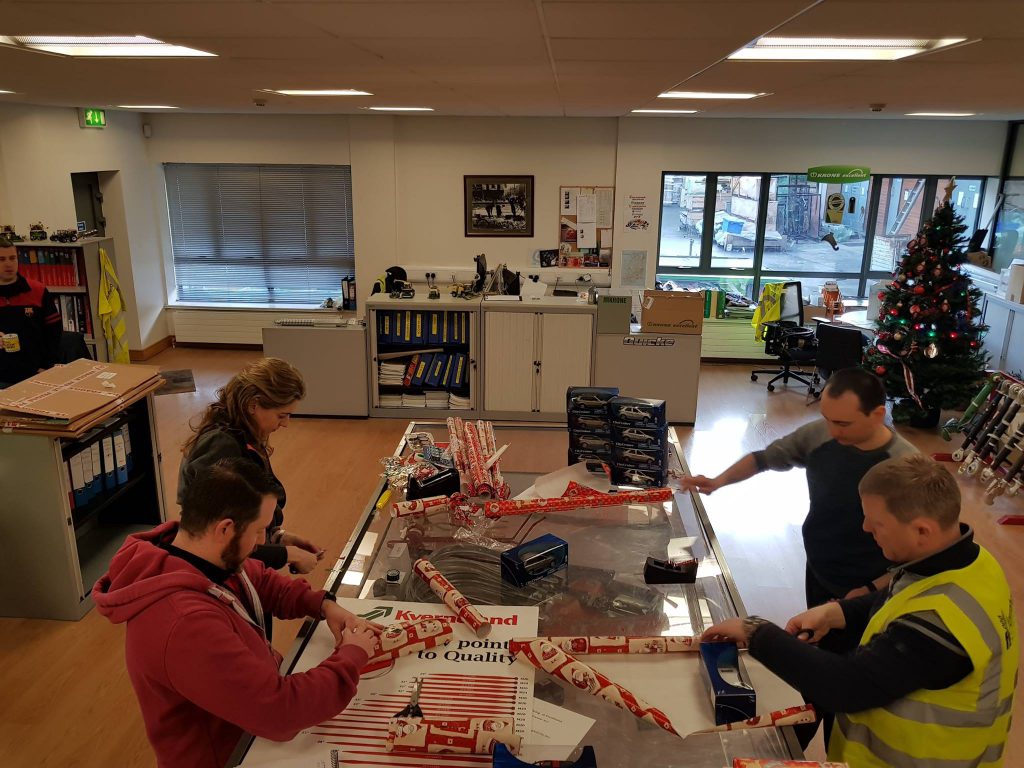 Fastparts will be celebrating 30 years in business shortly; a separate division within the Farmhand business, the entity was initially established in 1987 to market a range of wearing and fast-moving parts for all makes of tractors and agricultural machinery.

Advertisement
Products include parts for ploughs, sprayers, mowers, and tractors – among many others.

Fastparts distributes through a network of over 350 dealers throughout Ireland, both north and south.

Meanwhile, the parent company Farmhand has represented several machinery makers in Ireland over the years, such as: Kuhn; Mengele; Pottinger; Niemeyer; Howard; Kongskilde; and Overum.

However, the core partners of Farmhand, according to the company, have always been – and still are – Krone, Alo (Quicke) and Amazone.

Set up in 1962, the company currently operates out of its Damastown facility in Dublin.