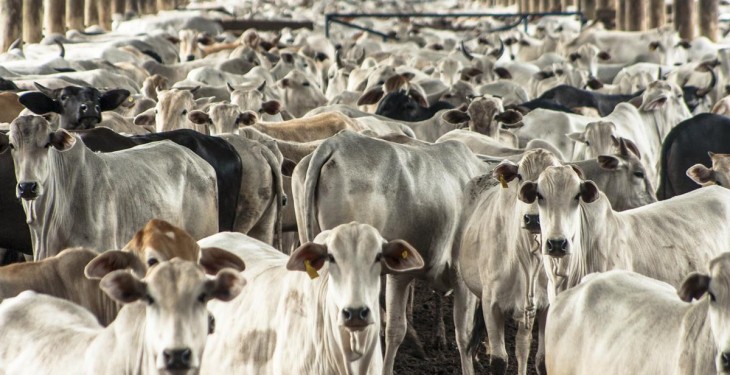 Farming organisations have welcomed the decision by the European Commission to exclude beef from their initial offer in the Mercosur trade deal talks.

ICSA has been campaigning to have beef taken off the table due to the potentially catastrophic impact on the Irish beef sector, ICSA President Patrick Kent has said.

“ICSA raised the issue in the European Parliament before Christmas and of course, have held protests and conveyed the opposition of Irish farmers to the EU Commission.

“While the removal of an offer to the Mercosur block of a substantial tariff rate quota for beef is good news, we cannot become complacent on this issue.

“The Mercosur negotiations, as well as other talks including TTIP, will continue.”

ICSA will remain vigilant on the issue to ensure the beef sector is never again used as a pawn for the benefit of other industries in such international trade talks.

Last week, ICSA members staged a protest outside the European Commission offices on Lower Mount St in Dublin to demonstrate their opposition to the proposed Mercosur deal.

Of the protest Mr Kent said that Mercosur has been casting a foreboding shadow on the beef industry across Europe for some time now.

“The threat posed to the Irish beef industry by vast quantities of cheap South American beef flooding European markets was very real and enough to bring ICSA protestors out from every county in Ireland.”

IFA President Joe Healy said it is a positive move that beef has been withdrawn from the exchange of offers between the European Union and Mercosur taking place in Brussels yesterday by EU Trade Commissioner Cecilia Malmström.

The IFA President said now that the new Government is in place, the Minister for Foreign Affairs and Trade Charlie Flanagan must be very strong and make it clear to Commissioner Malmstrom that there is no justification for re-introducing beef into the Mercosur negotiations at any stage.

Beef is a vital national interest for Ireland and under no circumstances can we allow the EU Commission to use it as the bargaining chip in the Mercosur negotiations.

Healy said IFA had raised major objections over the inclusion of beef in the Commission’s draft offer and had taken up this matter directly with the Taoiseach and the Minister for Agriculture.

Healy said that within 36 hours of being elected IFA President, he had travelled to Brussels to raise the matter with the Commission at the highest level.

Any negotiating strategy based on concessions on sensitive products including beef would be totally flawed and this was clear from the growing opposition that had emerged to the inclusion of beef among 20 Member States at the Farm Council, the IFA President said.

IFA said it will continue to build alliances with other countries which share our real concerns about the impact of these negotiations on Irish and European farmers.