‘Farming is in a Brexit honeymoon period’ 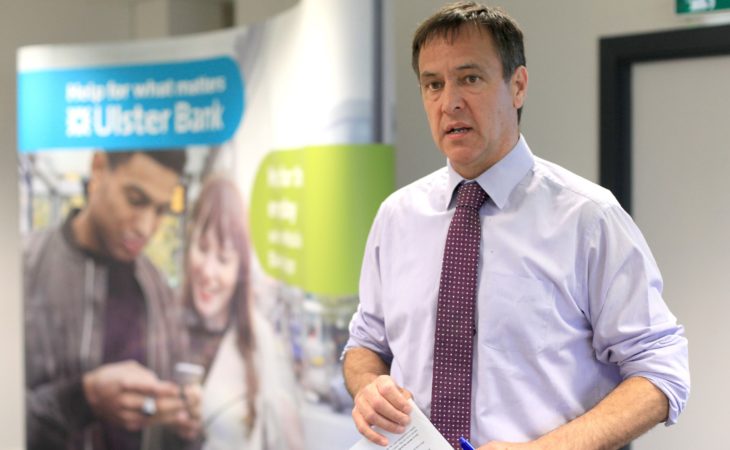 Farming in the UK and Ireland is still in a “Brexit honeymoon period”, according to one of Northern Ireland’s chief agricultural bankers.

Ulster Bank’s senior agriculture manager Cormac McKervey said that while the bank is aware of the threat of Brexit, it is “difficult to react until there is something to react to”.

“While there is a lot of speculation, we need to see something concrete before we will react,” he said.

We are probably in some sort of honeymoon period at the moment in that we have the best of both worlds with the weak currency and access to all the trade that we have always had across the EU.

“Something is going to change without a doubt, and it will be very interesting to see over the transition period who our Government talks to over that time.

“But it’s incredible to think that we are starting where we are today – the EU has 60 trade deals around the world and, in theory, on January 1, 2021, we will have none – we will have to start from scratch.

“We can’t ignore it; it’s there – but truthfully we can’t react until we actually have something sensible to react to.”

However, McKervey added that many farmers had already begun to seek support for facilities and technology to reduce labour demands on the farm.

McKervey said that, while the applications for technology such as robotic milkers still accounted for below 10% of agricultural loans, it was a number which was growing.

Donnan said: “Our local agri-food companies have proven themselves to be adept at focusing on the things they can control so that they are well positioned to capitalise on whatever opportunities also emerge.

“That means continuing to generate great authentic produce and products, increasing value and investing in research, development and innovation to improve productivity and distinctiveness.”