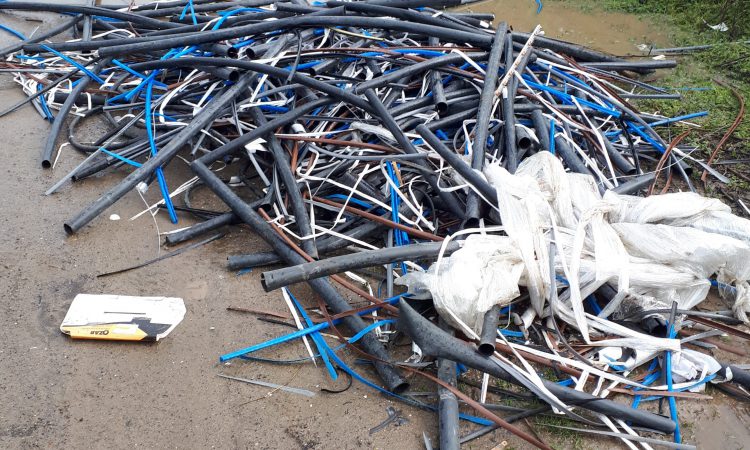 Meath County Council has hit out at ongoing illegal dumping including a recent incident that included copper wire stripping at Gormanstown, and urged farmers to secure their property to prevent littering.

The Gormanstown case is part of a wave of dumping incidents that have taken place around the country. In Laois, a culprit literally ‘dumped themselves in it’ when they left a diary with a name on it among their litter on a bog.

Bernadine Carry of the environment section of Meath County Council said that unfortunately there is always an ongoing issue with dumping across the county.

“It is too early to say if the partial or full lockdown has further exacerbated the problem but certainly dumping is ongoing, and hasn’t ceased with the new restrictions,” she said.

“We have an ongoing campaign to tackle dumping including the following measures, some of which have been put on hold due to Covid-19: a social media campaign; radio and cinema advertising; an anti-litter initiative; national spring clean; Pride of Place; an anti-dumping initiative; a clean-up collection service; and free bulky waste collections at recycling centres,” Bernadine said.

Greenstar Panda has a landfill site and Indaver has a waste to energy plant, both of which are working. We have three recycling centres, all working and we have seen increased use of them.

“There has always been littering on rural roads. I think a lot of it comes from dashboard dining – people eating rolls, having coffees and drinks in their cars and throwing the litter out the windows – rather than walkers who tend to have an appreciation for the area in which they are walking or running.

“It is hard to track or catch,” she said.

Meath County Council has appealed to people to be vigilant and to report any suspicious activity to it at: [email protected].

“Only use waste collectors with a waste collection permit. Check on: www.nwcpo.ie. Never give waste to an unauthorised collector. When they dump it – and they will – you will be responsible,” Bernadine said.

Our advice to farmers is to secure your property. If dumping occurs in a field, the onus is on the farmer to clean it up, regardless of who put it there.

Meath County Council has taken prosecutions for illegal dumping at a number of local sites such as Ardnamullan, Kinnegad; Barleyhill, Kingscourt; Breslanstown; and Moynalty.

The taxpayer is facing a bill of between €3.6 million to €6 million to clean up two illegal dumps on a Co. Meath farm, Trim Circuit Court heard recently, it was reported.

Over 70,000t of waste, including asbestos, was dumped on the farm over a three-year period up to October 2014, it was alleged. The defendant was reported to have been released on bail with sentencing adjourned to May 5.

Meanwhile, in another recent dumping incident, this time at Derrykearn Bog, Abbeyleix, Co. Laois, a diary with a name written on it was discovered among tiles, radiators and other items. In a Facebook post, the culprit was asked to clean up the mess left on the well-kept bog.

The local community said it was devastated to find wildlife being put in danger by thoughtless dumping. 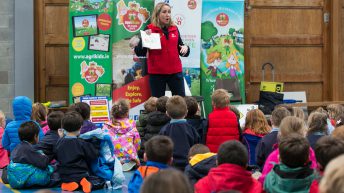