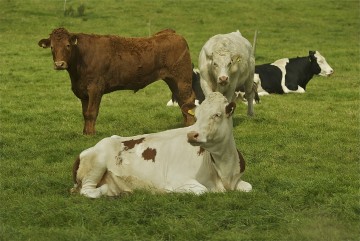 “Despite the propaganda from the factories, the supply situation is very tight, demand is very strong and farmers should not part with cattle easily,” he said.

The IFA livestock leader said that – with the beef price in Ireland’s main export market in the UK very strong at €5.00/kg – the actions of the meat plants in pulling cattle prices is totally unjustified. He said that there is a massive shortage of beef in the UK and demand remains very strong.

Burns also stated that factories would be much better employed in trying to maximise this opportunity as opposed to inflicting heavy price cuts on farmers and that the current price-cutting by the factories was seriously eroding confidence in the beef sector following one of the most difficult springs on record.

Henry Burns said in the Food Harvest 2020 plan that factories claimed they wanted to increase beef production and that they claimed they could easily sell 40,000 cattle per week. He said this week procurement managers and agents are telling farmers they are full up of cattle, although the kill is only 28,000 head. He said the reality is the factories are limiting the kill and backing up numbers in order to pull back prices.

The IFA Livestock leader said it is very clear from the lack of competition in the trade in the last two weeks, Minister Coveney needs to take immediate action on cattle prices and get more boats cleared for more live exports. He said “Good progress has been made in reopening the Libyan market and we now need more boats and more exports”.

Henry Burns said IFA is working hard to increase the live trade to the UK and open up more competition in the beef trade. He said “Ireland has the best beef and cattle trade in the world on our doorstep in the UK market and we need to maximise the full potential of this market which is paying €5.00/kg for cattle.”