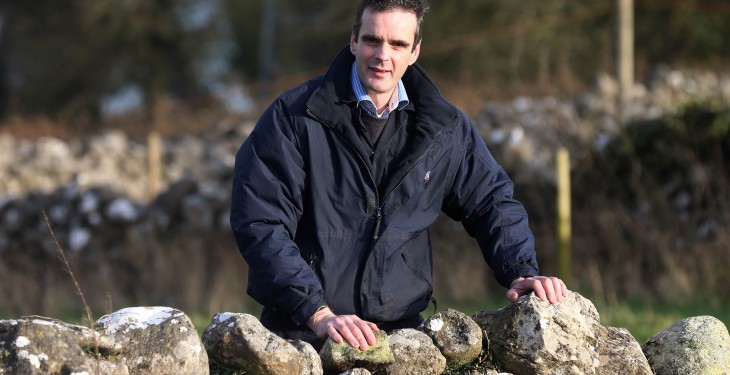 Joe Healy on his farm in Athenry.

IFA presidential candidate Joe Healy has called on the Association to establish a dedicated section to support, advise and mentor farmers through farm inspections.

He said that farm inspections were being raised on the election trail as frequently as commodity prices and farm incomes.

“A farmer who is inspected feels extremely vulnerable, isolated and alone. The farmer may believe their privacy has been violated and they are certainly at a disadvantage because of their lack of knowledge of the inspection process.”

He said the IFA has the personnel to rebalance matters in farmers’ favour when it comes to farm inspections.

“We need to support farmers through this difficult process by providing a service where farmers who are struggling with a current or upcoming inspection have trained personnel which they can talk to before, during or after the event.”

“Ninety-nine per cent of the issues that arise during an inspection can be easily fixed, but through fear and lack of knowledge farmers don’t know this.

“A more coordinated approach by the IFA to the process would eliminate isolation and vulnerably, and put power back in the hands of the farmer and not the inspector,” Healy said.