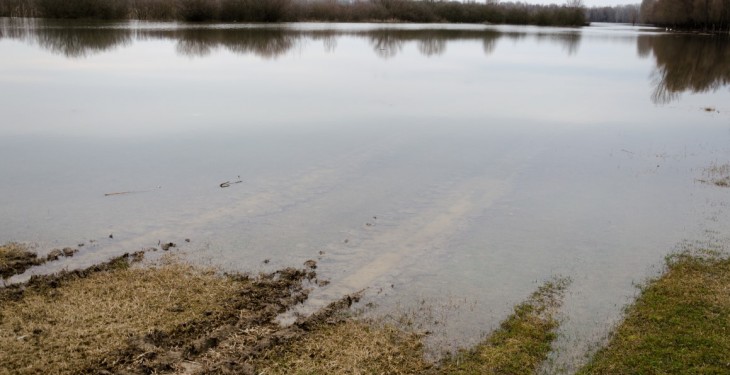 Flooding as a result of last winter’s storms is still affecting farmers in parts of east Galway and Roscommon and in the Dail last week several TDs brought up the issue.

“A lot of productive farmland is still under water. Many farmers are selling off their cows.

“They are realistic farmers, because at this stage they do not have grass for them and they will not have any fodder next year,” she told the Dail.

Next up was Independent TD for Galway East, Sean Canney, who said that the flooding in his constituency and the damage it has done to family farms is a major issue.

It has affected silage slabs, slatted houses and land. Last week I spoke to a farmer who has to reseed 80 acres of land.

“He did the work four years ago and has to repeat it this year. He is receiving no support from anybody and is suffering badly because there is no backup or support for him as he tries to address the problems created by nature.”

Meanwhile in Roscommon, it is six months on from the flooding and people are still isolated from their homes and farms, according to newly-elected TD Eugene Murphy.

“We may not see the floods here in Dublin but they are still in many areas, particularly in my constituency.

“In the areas where the water has receded, the problems of fodder shortage and land erosion are just two of the issues that the farmers face.

“One might think erosion only affects coastal areas, but it is also happening inland.”

We are seeing a crisis of the level experienced in 2013, and in some cases it is worse. The Minister for Agriculture is on the back foot and has no plan in place to address this major problem in rural Ireland

Murphy said that he has visited local farms in his constituency and seen the damage at first hand.

“I have met with farmers who have had to sell their livestock at the mart because so much of their farmland was flooded. That is a terrible burden on a farmer who loves his land and his stock.

“None of the land in areas to which I refer is fit to graze, and it will not be fit to graze.”

Murphy then called for a land drainage scheme to be reintroduced immediately by the Government to ensure that drains that are choked and blocked can be dealt with before next winter.

While I am pleased that the floods are receding, I am concerned that the debate on the damage and trouble caused by them is also receding.

“Before we know it next winter will be here and we will have serious flooding again. We must talk to farmers directly.”

Murphy said that the country cannot go into the winter of 2016 hoping that the flood waters will not come again.