Farmers and industry ‘disappointed’ with no review of intervention price

Farmers and ICOS are disappointed that there was no announcement to ‘review’ intervention prices among the package of measures by the European Commission to aid farmers.

President of ICOS, Martin Keane, said that there was disappointment at the failure to announce a review of the intervention prices as either an emergency of long term measure.

Markets are very susceptible to sentiment and right now they need a strong message that Europe is prepared to act forcefully to help farmers.

Keane said that much of the detail of the package still needs to be worked out, particularly in relation to the enhanced Storage Aid Scheme for skimmed milk powder (SMP). However, the amended scheme, if working correctly, could help to remove additional product from the market until the expected recovery happens.

Regarding the Income Stabilisation tool, as well as the proposed strengthening of the European Milk Market Observatory, Keane said that while these measures are long term measures, they could be utilised to develop a European Dairy Futures Market – necessary to effectively deal with cyclical market downturns.

Speaking at the protest in Brussels, IFA President Eddie Downey said that the package of measures announced by the Commission was insufficient to address the income crisis facing farm families. Downey said farmers are very disappointed that there was no commitment to review the intervention price for milk to put a floor on the market and provide much-needed stability for dairy producers. “The APS measures for cheese and the enhanced measures for SMP will be a help, but they do not go far enough,” he said.

The Commission will have to revisit the intervention issue.

However, the Downey acknowledged the decision to bring forward 70% of pillar 1 payments, saying it would boost cash flow on farms during a difficult year. The national envelope proposed is inadequate in the context of the damage done to our markets as a result of the Russian ban created by EU political interference, the IFA said.

The IFA President said input providers will have to reduce their costs and take their share of the pain in helping farmers through this income crisis, and the Commission and Farm Council should insist on this. 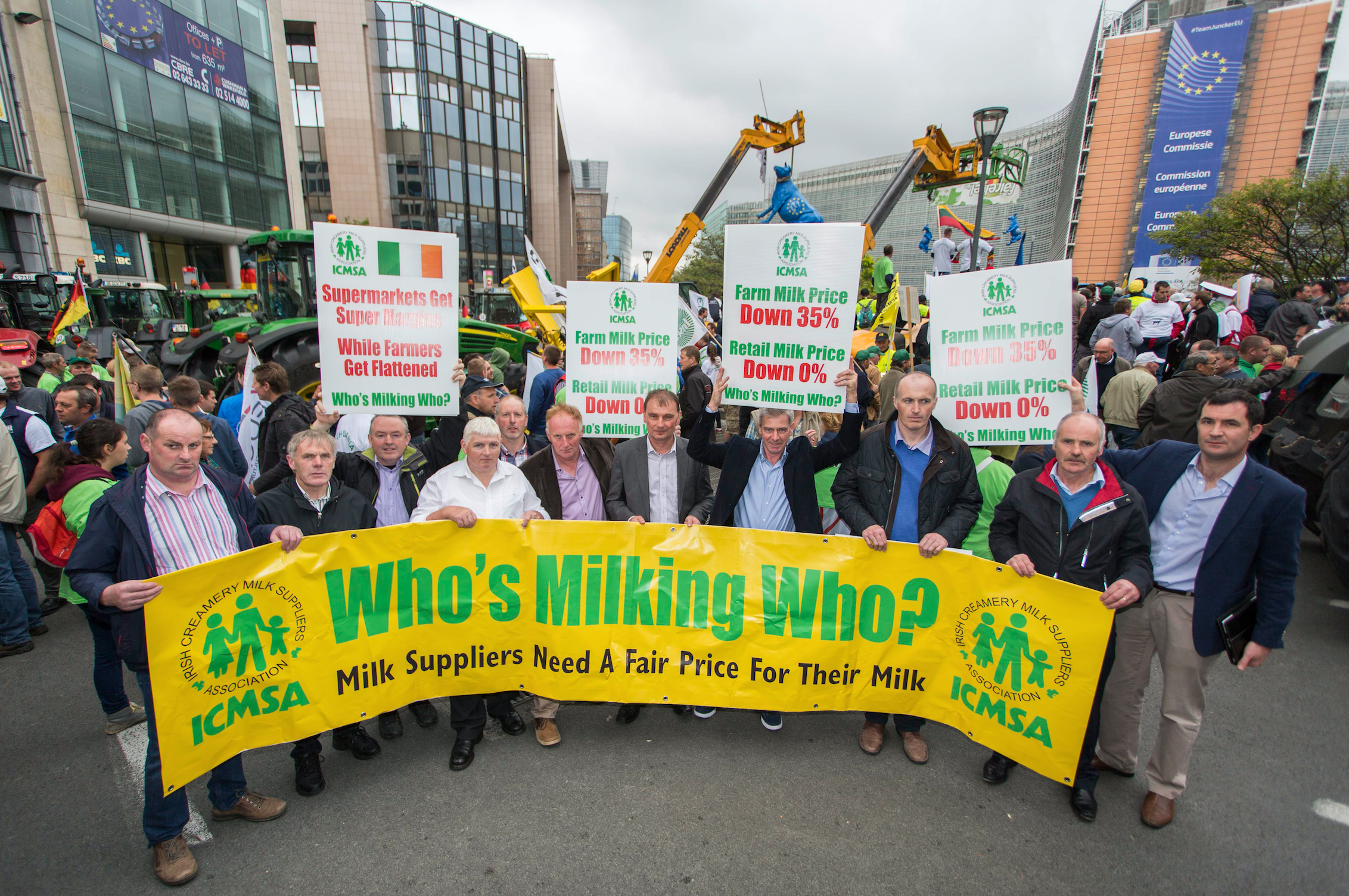 The President of ICMSA, John Comer, said that the very least that milk suppliers needed from yesterday’s Farm Council meeting was an announcement that an intervention price of 28c/L would be immediately introduced.

The fact that this minimum response had not been announced and the fact that the Council had “yet again” dodged a real confrontation with the margin-grabbing of the corporate retailers signalled that the current ‘do-nothing’ attitude still reigned, it said.

In reaction to the package issued by the Commission the President of the Ulster Farmers’ Union (UFU) Ian Marshall said that what has been delivered falls short of what is needed to help farming families.

Marshall said it was a particular blow for Northern Ireland that the Commission had rejected an increase in the intervention support price for dairy products at this stage.

However, he said that farmers know this is to be examined further later this week at the EU’s Special Committee for Agriculture (SPA) meeting with France, in particular pressing for a temporary increase.

“We still believe this would have helped put a floor into the market – and the rejection of this thinking was despite a well-argued case for an increase having been put forward by a number of Member States, and by political and industry representatives from Northern Ireland,” he said.

The package will bring some additional aid for dairy and pig farmers, but the UFU said other sectors also facing tough times have been largely ignored.