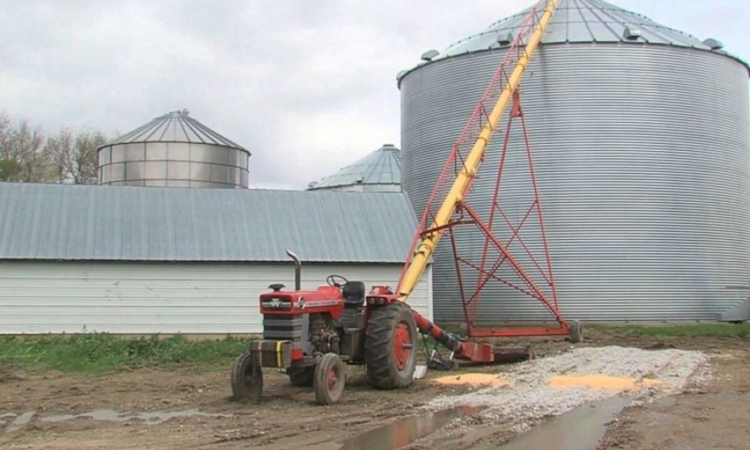 A farmer in the US has suffered a traumatic accident recently when he stepped on the opening of a grain auger and found his leg becoming trapped and pulled inside.

63-year-old Nebraskan man Kurt Kaser was unloading corn on Friday, April 26, when the incident occurred, according to an article published by ABC News.

The publication outlined that the farmer had removed part of the safety screen covering the hopper to make it fit under a grain bin.

Speaking to ABC News, Kaser explained: “I’m kind of disappointed in myself that I didn’t think of fixing that thing. But that’s why they call it accidents I guess.

I stepped right in the damn thing. It grabbed a hold of me. I can remember seeing it start and I go, ‘this ain’t good’.

He explained that the auger – which looks like a giant drill bit – kept pulling on his leg, until he could see bone protruding through the lower portion of his leg.

I felt it try to grab me. I about gave up and said ‘whatever happens, happens. If it sucks me in all the way, it’s over with’.

Continuing, he explained: “But then, all at once, I thought of my pocket knife.”

Kaiser took out his pocket knife and sawed off his leg below the knee.

He explained that he doesn’t remember experiencing much pain.

Adrenaline kicked in so much that I don’t know if it hurt or not.

He explained that he crawled 45m to a phone and was flown to a hospital. He said that he never lost consciousness during the ordeal.

Kaser will get a prosthetic limb once his leg has fully healed.

‘Enquiries ongoing’ into ‘quarrel at Balmoral’