Farmer buyers drive trade, with a top price of €3,300 at Kilmallock dairy sale 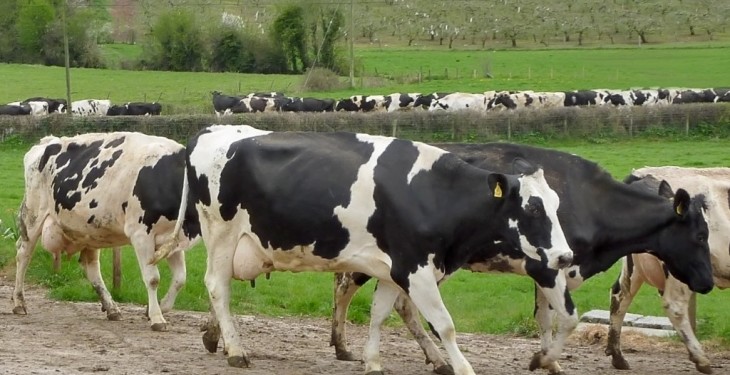 There was a plenty of buyers in Kilmallock, Co. Limerick for a special dairy show and sale, according to Mart Spokesperson Dennis Kirby.

Close to 150 animals went under the hammer in Kilmallock on November 7, with most lots being sold as a good crowd of buyers drove the trade, Kirby said.

The top price at the sale was €3,300 for a three-year-old freshly calved cow on her second calf, he said.

Interest was primarily from farmer buyers, he said, as the sale was advertised as an ideal opportunity for farmers to purchase additions or replacements for their herd.

“There was a huge amount of farmer buyers, not just from the Munster region. They were were from north, south, east and west,” he also said.

The judging for the show aspect of the dairy sale got under way in Kilmallock Mart, which has a total of five auction rings, at 9.30am.

Meanwhile, the sale itself got underway at 11am with the ‘Champion Calved Heifer’ from the show making €1,580, Kirby said.

Plenty of spring calvers were making between €1,200-1,300 sale figures show, while the breeding heifers were selling for between €520-760.

The sale in Kilmallock represented one of the largest dairy show and sales in the region this autumn, according to Kirby.

“We have another special dairy show and sale here in three weeks time on November 28, but numbers are not expected to be as high as this sale,” he said.

Increase in the export of dairy cows to the UK

Meanwhile, David Clarke, a livestock supplier and exporter, has seen a 20% increase in the export of freshly calved or in-calf dairy cattle to the UK this year.

“We are definitely selling more in the UK this year, with numbers up by about 20% compared to last year,” he said.

Recent milk price increases has seen a return in confidence to the market, with more cattle becoming available, he said.

However, Clarke advised that there will be more spring-calving heifers in the country than the market can take, meaning these animals will end up going for export. 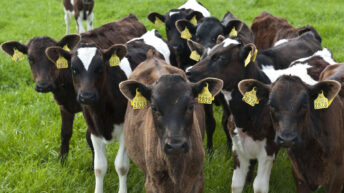 How do English dairy farm incomes compare with those in Ireland?