Beef industry ‘one or two decisions’ away from mega-processor domination 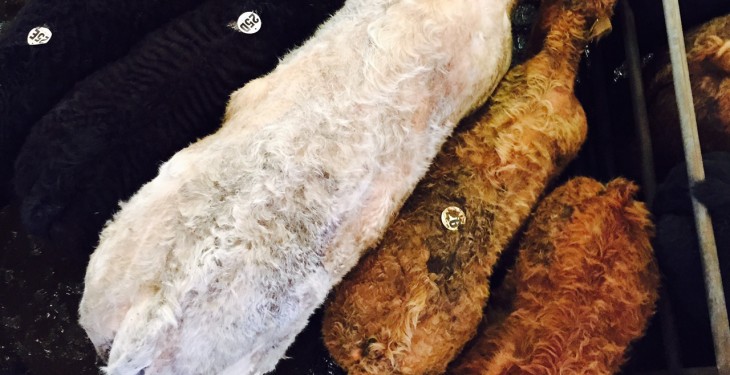 The Irish beef industry is only one or two decisions away from being completely dominated by mega-processors, Fianna Fail Spokesperson on Food, Jackie Cahill has said.

Without intervention, beef farmers are on the verge of being put out of business, he said.

Deputy Cahill was commenting during a special Topical Issue debate in Dáil Éireann, last week, on the Irish beef industry that he secured from the Ceann Comhairle.

“The decision by the EU Commission to allow the ABP Group buy Slaney Meats is both inconceivable and dangerous to the future of the industry.”

The vast majority of beef farmers know that the ABP Group is dominating the market, and the decision to allow them to buy Slaney Meats removes one of the last remaining independent players in the industry.

“Competition within the industry has been flagging for years – cattle drops in the last few weeks and live exports over the past year have decreased, yet we are seeing calf registration increases of 132,000.

“The net result is cattle kill figures in excess of 35,000, and the evidence is clear that when the cattle kill rate exceeds 30,000, the price paid to farmers drop. This is simply inexcusable.

“Farmers selling Friesian cattle into the factories are lucky to receive €3.30/kg. That is nowhere near break-even,” he said.

Cahill said that the industry is seeing price manipulation by the ABP group as they take over feed lots.

Historically, cattle became scarce around Christmas and the New Year, but ABP have a policy of releasing their own cattle to keep any price surges at a minimum, he said.

This places ‘winter finishers’ at a severe disadvantage reducing any profits that they had hoped to make.

“Only last week, one of the commitments given to beef farmers on the beef grid was shown to have broken. It was supposed to be cost-neutral but in fact, it has cost beef farmers €78m since 2010.

“Beef farmers are already facing a bleak future. The decision by the EU to allow ABP take over Slaney Meats makes that viability less secure, and we will all pay the price when the industry collapses.” Cahill.