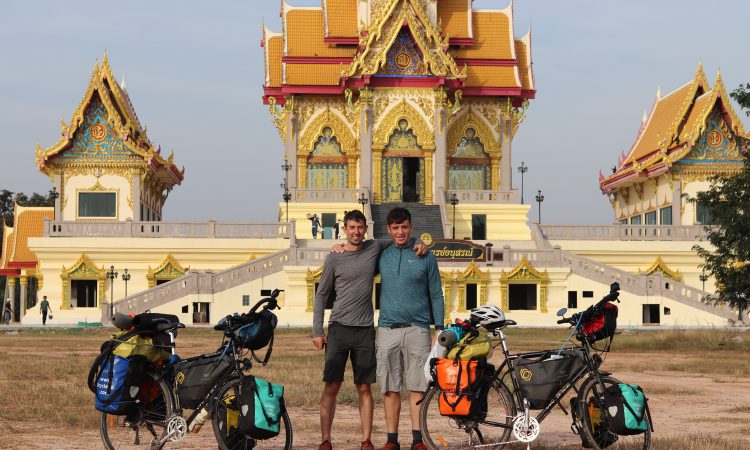 A Carrick-on-Suir man from a farming background and his friend who were geared up to cycle home from Sydney across 28 countries to raise funds for two children’s charities have had to suspend their cycle because of the coronavirus outbreak.

Paddy Flynn from Knockalavalla, and his friend Daithi Harrison from Tipperary, started out on Sunday, August 4, 2019, from outside the Sydney’s children’s hospital in Randwick.

Their plan was to complement the cycle with an ultra-marathon in all 28 countries to raise money for the Medical Research Foundation Crumlin and the Sydney Children’s Hospital Foundation.

Paddy had been working in Sydney for nine years, laying light rail tracks for rail travel and intends to return home to the family dairy farm currently run by his father Michael and mother Mary. They have 110ac and milk 64 cows.

Paddy and Daithi landed in this country last week.

“We were in India. Our first flights out were cancelled so had to take four flights to get home but we got here in the end. The situation in India prior to leaving was starting to get more serious and I believe India is now shutting down all its international flights from Sunday on so we were lucky to get out in time,” said Paddy.

“Now we are doing 14 days self isolating as a precaution after travelling through the airports,” he said.

So far we have travelled through Australia, Vietnam, Cambodia, Laos, Thailand, Myanmar and India. The total raised for the children’s hospitals so far is €34,518. We cannot thank all the donors enough for that. It’s phenomenal.

The trip has had its share of highs and lows.

“The lows have being Daithi contracting a parasite in south-east Asia and needing an operation on his liver. It was weeks before he was diagnosed so was a tough few weeks as we were trying to figure out what was causing the health issues,” Paddy said.

“Initially we thought it was our nutrition after a tough few months but after we knew something wasn’t right. When a fever came on we knew to get straight to an A&E where they found an abscess on his liver which needed an operation,” he said.

“The highs have for sure been the people we have met and the hospitality we have been shown. People have accommodated us, fed us and stopped us on the road to buy us fruit and take pictures.

“People have welcomed us into their homes, and a very poor family in north-east India even gave us their bed for the night and they shared a bed with their brother-in-law. They have a saying in India ‘Guest is God’ and we really felt that travelling through.

“We got as far as Siliguri in the state of West Bengal when we decided to fly home due to Covid-19,” said Paddy.

‘Finish what we set out to to achieve’

“After isolation we will carry on with life here and home. I will go farming and Daithi will go back working in the family-owned manufacturing business,” he said.

“I have missed farming but it’s almost 10 years since I was farming after living in Australia for nine years working in construction. But I most definitely look forward to getting back to it and planning for the future.

“Once the virus has being contained and borders reopened we will make our plans to fly back to Siliguri and finish what we set out to to achieve. Hopefully, that will be sooner rather than later.”

The donation page is at: www.idonate.ie. 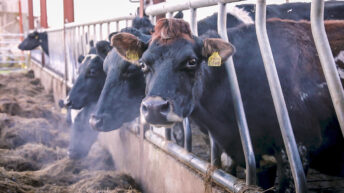