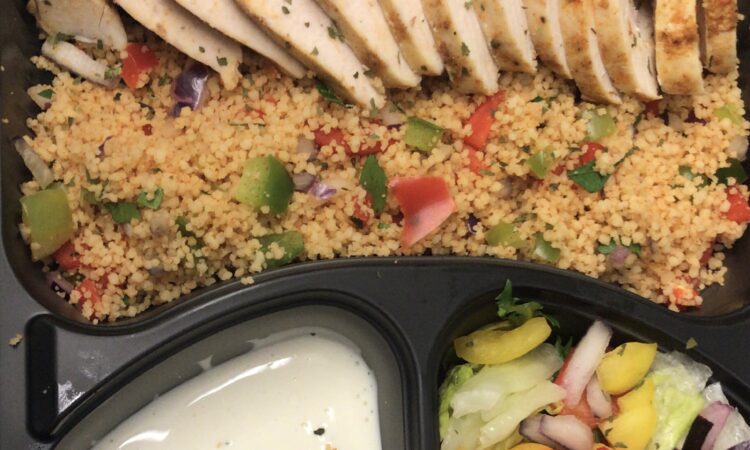 “Looking back now, I feel growing up helping on a farm has given me a great appreciation of the effort and quality control that goes into producing the food items we use everyday,” said Ciaran Kiveney, one of those behind a new venture, ‘MyNutriChef’.

The midlands enterprise, set up by the award-winning Athlone Institute of Technology (IAT) graduate with two others, delivers tailor made meals that match customers’ nutritional requirements.

“Both my parents are originally from Athlone and moved to Dublin for work,” said Ciaran. “In 1990 we moved back to Athlone and the farming life began. Some of my first childhood memories are of spending hours picking stones in fields which always seemed like an endless task,” he said.

We farm over 70ac, with over 50 cattle at any one time. Growing up I had somewhat of a different childhood. While my friends were playing in housing estates, I was on the farm doing anything from feeding cattle to de-horning them.

“It wasn’t always where I wanted to be, as at times anywhere seemed like it would be better than the farm, but it did give me that appreciation for the effort that goes into food production,” he said.

“After leaving school I studied law for two years, discovering in my second year that it was not a path I wanted to follow. I began to work as a barman on my return to Athlone as I looked into different careers that appealed to me.

“Unfortunately my quick stop job as a barman lasted for nearly four years, two of which I had the lease on my own bar. Inexperience and bad timing played a large part in why my first venture into the business world was not a success,” said Ciaran.

After four years the unsociable lifestyle of bar work began to ring home and I decided it was time for a change. I was looking for something with better work conditions, better wages and better hours.

“In hindsight I probably should have looked a little harder as the culinary world does not really offer any of these.

“With help from the late great Micheal Talty, I began my life in a kitchen in a local hotel. Micheal also organised for me to enrol in a part-time course in AIT. After eight years of cheffing, I began to realise that to achieve a life with a healthy work life balance, I would need to return to college to get a degree.

“That led to my obtaining a BA in culinary art in 2016. ‘I had started so I may as well finish’ was my attitude; so I continued in college and recently graduated with a higher degree in culinary entrepreneurship.” 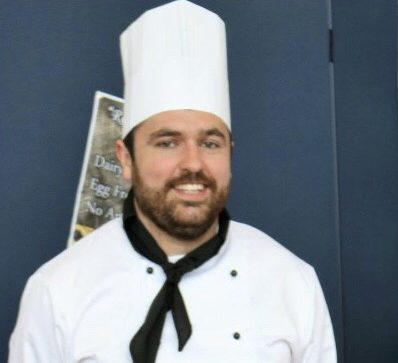 It proved to be worth the effort. It was during his time in AIT that he became very interested in nutrition and the impact of what we eat on our bodies.

“MyNutriChef was the brainchild of Adam Powell, an AIT graduate, and close friend. After trying numerous different meal plans, Adam approached me with the idea of a meal plan that was not only healthy but also full of flavour. Brian McClean is also involved.

“As we began to research the competition out there already, we realised that no company fully tailored to every individual’s needs. So we began to develop a menu that could ensure every person that signed up would get the exact calories, carbohydrates, fats and proteins they needed,” said Ciaran.

“When a customer signs up to MyNutriChef, they will firstly be in contact with our nutritionist who will work out their nutritional needs on a daily basis. We then design a menu that will ensure every person receives exactly what they need each day.

“This ensures that when a person is on our meals plans, not only will they not over-eat but also that they will not under-eat, which can be just as detrimental to a person achieving their goals,” said the AIT graduate.

“We are still in our first month but have already built up over 20 clients. Our first phase is to develop and maintain a client base within the Athlone and midlands area. So far all the feedback we have received has been positive and we are continuing the effort to grow the business.

“While our main aim will be national distribution, we are currently focusing on solidifying our current position in the midlands with the sustainable high-quality produce. We use local vegetable suppliers, Lennons, and we only use meats of Irish origin as we feel that Irish produce can’t be beaten for quality.”

Meanwhile, there are always plenty of jobs down on the farm for Ciaran, especially helping out with calving, herd tests and dosing cattle. 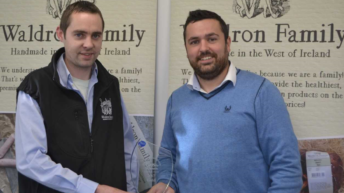