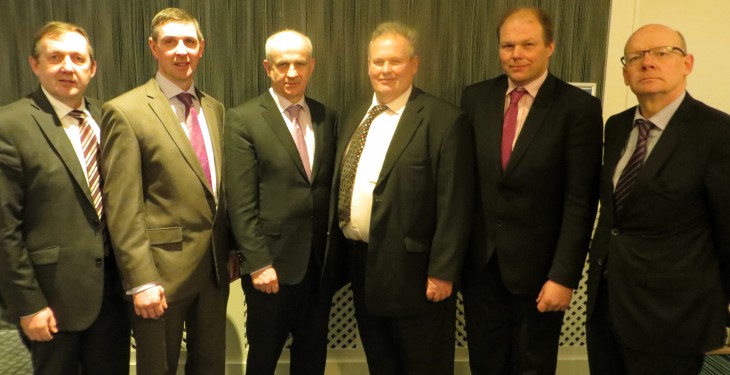 The Irish Farmers Association (IFA) along with National Farmers’ Union, NFU Scotland, NFU Cymru and the Ulster Farmers’ Union (UFU) are seeking clarification on customer specification requirements for beef following the recent increases in deductions on ‘out of spec’ cattle across the UK and Ireland.

At the end of last week, the farming unions held urgent discussions to discuss the tightening in specification and resulting implications for farmers across Ireland and the UK.

Speaking to Agriland, IFA national livestock chairman Henry Burns said the unions agreed to seek clarification on customer specification requirements and the rationale behind them.

“It is clear we are all selling into the one market. We are largely dealing with the same companies, but there appears to be higher weight limits in the UK.”

He said it was jointly agreed that the market requirements must be practical at farm level and not inhibit competition, whilst better communication with farmers is needed.

“We are going to fight this together, keep a review of the situation and agree to talk directly to the retailers. Specifications are outlined by the processors on the basis of information from the retailers. We feel there needs to be better communication with retailers across Ireland and the UK.”

According to UFU beef and lamb chairman, Robert Davidson, there are variations as to the level of deductions applied and the specifications required; however the proposed penalties being bandied about in Northern Ireland seem to be the most severe.

“Beef farmers simply cannot afford to withstand these excessive financial penalties on top of the current drop in beef prices. We would therefore call on our processors to rethink their position on this,” he said.

The increasing requirements of the retailers was also discussed and it was emphasised that any requirements placed on farmers must be proportional and ultimately practical at farm level.

“There is a responsibility on our supply chain partners to recognise the high legal and quality standards to which our farmers produce beef and that anything additional to this must be not be unduly bureaucratic or difficult to comply with or indeed inhibit competition,” said Davidson. “We need more long-term thinking and much better communication with farmers of what is required and the rationale behind it.”

One of the main areas of confusion is the final residency period pre-slaughter which can vary from customers requiring no specific period at all to those asking for upwards of 90 days on the final farm prior to slaughter.

According to Davidson: “Given the variation in the residency period there would appear to be no scientific basis for those which are applied.  Instead it represents a trade restriction as there is the potential to limit the live trade to direct slaughter and the likes of fat stock sales.”

The unions agreed to seek clarification on customer specification requirements and the rationale behind them. It was also jointly agreed that the market requirements must be practical at farm level and not inhibit competition, whilst better communication with farmers is needed.