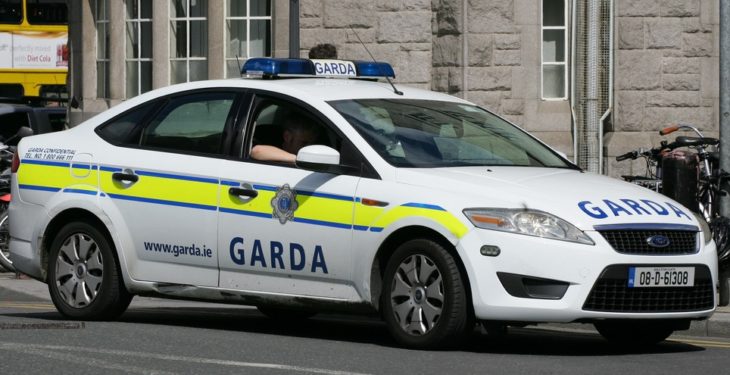 Three men appeared before Portlaoise Circuit Court yesterday in relation to farm thefts in July of last year. The three individuals were arrested in a major Garda operation following an incident that injured several Gardai.

The operation, according to local media website LaoisToday, was a combined effort between local detectives and members from the Garda Armed Support Unit, the Air Support Unit and the National Surveillance Unit divisions.

All three have been in custody since July. The court was informed that several Gardai were injured during the arrest when the defendants rammed and wrote off two Garda cars with a crew-cab jeep – fitted with a bull bar.

It was reportedly told in court by Garda Chief Superintendent John Scanlan of how a stolen jeep and trailer, which was hidden in a bog at Cloncourse, was under surveillance by Gardai on the night of Monday, July 11, 2016. The jeep was approached by two vehicles with lights off and at approximately 12:40am the three defendants hooked up the trailer to the jeep and attempted to leave.

At this point, the Gardai turned on sirens and lights and blocked off exits. The jeep accelerated and attempted to ram through an unmarked Garda car and an Armed Support Unit vehicle, injuring a number of Gardai in the process.

The court was told that each of the accused had balaclavas and gloves, while items stolen from five farms in counties Laois and Tipperary were recovered in addition to the jeep, which had been stolen from a farm in Laois the previous June.

Injuries sustained by the Gardai included: a broken ankle; back, neck, shoulder and knee injuries; and trauma and stress suffered from the episode. Gardai gave victim impact reports, detailing how they had been adversely affected.

One Garda described the incident as the most terrifying occurrence he ever had, noting “genuine fear” that someone would be killed. “I still have trouble sleeping on occasion and it has affected home life,” he noted.

This event has been life-changing for me both inside and outside of this job.

Counsel for the defence said that all three defendants expressed remorse for their actions and have earned privileges for good behaviour in custody.

It was noted by the defence counsel that Thomas McInerney had earned four certificates while in custody and had two job offers if released, while William McInerney has been offered a job in construction. All three men were married and have children, the court was told.

All three men face multiple charges of possessing stolen property and of the unlawful taking of a vehicle.

Judge Keenan Johnson described farm thefts as “an attack on the fabric of rural society“, it was reported, and commented on the effect on the Gardai, noting “no money will compensate for the stress and trauma they endured”.