Farm paperwork should not take up family time 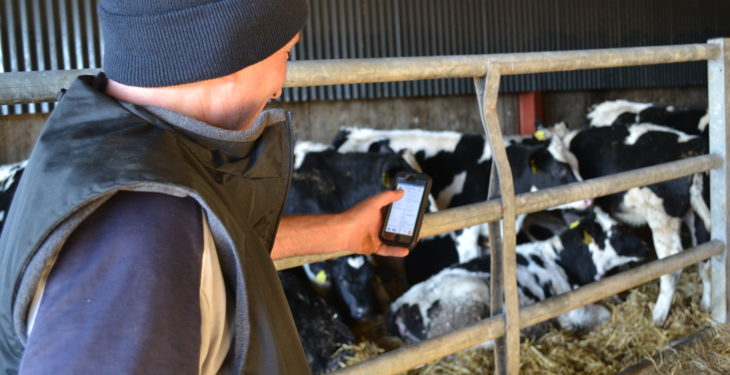 Pat O’Brien is a dairy farmer from Tullamore, Co. Offaly, with a young family and a herd of pedigree Holstein and some British Friesian cross cows.

He is also the county chairman of the ICMSA (Irish Creamery Milk Suppliers Association). Farm paperwork management was often a problem for O’Brien; it took away too much time from family time.

He decided he needed to find a solution to this problem, adding: “When you have a young family, paperwork is the last thing you want to be at when you come in from a day’s work.”

After some research, his wife Alma recommended that he should try Herdwatch. Two years down the line, O’Brien is delighted with what the app has done for him.

Herdwatch is so user friendly and it takes so much of the unpleasant stuff out of farming.

Nobody likes paperwork, but regulation is probably the one friend we have. O’Brien records all of his remedy usage through Herdwatch and finds the simplicity of the app great.

“Once you have used the product before, the withdrawal dates are there. There’s no longer a need to count up the days using your fingers; it does all of that for you.”

Since becoming a Herdwatch member, O’Brien has gone through both a Bord Bia audit and a Department of Agriculture inspection.

I had two inspections last year and they were both complimentary of the Herdwatch records.

When it comes to the subject of compliance, O’Brien said: “Nobody likes paperwork, but regulation is probably the one friend we have with Mercosur coming in. The one thing we have is standards and traceability.”

Calf registration there and then

Before Herdwatch, registering calves was a lot different for the Tullamore-based farmer.

“In spring, when you are under pressure, you could be registering calves late at night and making mistakes. But now with Herdwatch, once I tag a calf, I can register it there and then.”

Movement certs in the yard

Applying for movement certs now happens there and then on the farm. O’Brien said: “If someone comes into the yard and wants to buy three calves, I can do the movement cert straight away while standing in front of the calf pen.

If you are selling to regular customers, you have all of their details in the system.

Breeding balanced cows that will stay the course

O’Brien uses mostly AI on the farm. This year, he decided to use aAa® and Weeks® ratings on his cows. The cows were analysed and rated on an individual basis and he was advised on the best bull to mate each cow with. This was in order to produce balanced, durable offspring.

O’Brien uses the Herdwatch breeding features to record and mange this. One of his favorite features of the app is being able to quickly identify cows that have not cycled since calving and also being able to record all of the breeding events on the spot.

All of this information is then sent to the ICBF automatically. He said: “It’s great for breeding.

Late in the season, I might put two straws in a cow – one could be Friesian and the other could be Hereford – which I can record through Herdwatch.

“Even pre-breeding, you can check all cows over 40 days since calving that haven’t shown any signs of heat.”

O’Brien is part of a growing community of over 6,500 farmers using Herdwatch everyday to manage their farms and eliminate farm compliance paperwork.

You can try the Herdwatch FREE TRIAL at: www.herdwatch.ie or text ‘frs HW111’ and your name at: 51444. Click here for the free trial