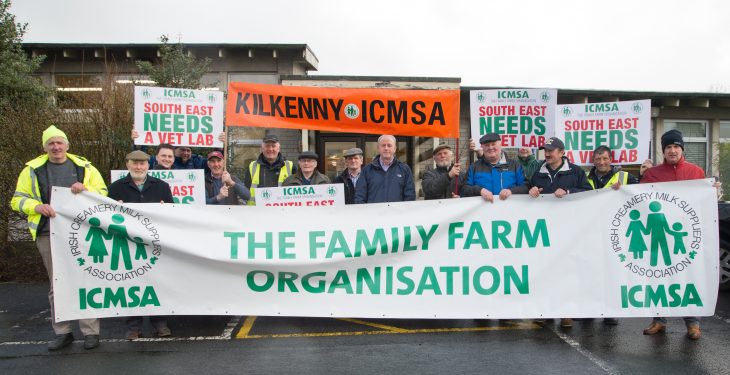 Four of Ireland’s main farming organisations are joining forces today at the Sligo Regional Veterinary Lab in a protest against the possible closure of the lab.

The labs, which are operated by the Department of Agriculture, could be closed as part of a review currently underway.

Speaking ahead of the protest, Irish Cattle and Sheep Farmers’ Association (ICSA) Sligo Chairman Gabriel Gilmartin said the closure of the facility would mean farmers in the north west having to make a return trip possibly as far as Backweston to access important diagnostic facilities.

It makes no sense at all to deprive farmers of this vital local service. I am urging all farmers who use the lab here in Doonally to come out tomorrow and show they will not stand by and let the this facility be shut down.

The lab performed over 3,000 post mortems on cattle and sheep in 2016 and tested nearly 30,000 samples from farmers. It also examines all aborted foetuses free of charge.

“ICSA believes the focus should be on improving services for farmers not removing them.”

INHFA will also have a number of representatives at the protest and Chairman of the association, Vincent Roddy, will be speaking at the rally.

Speaking ahead of the protest to Agriland he said that no lab should be closed in the review.

“The labs provide valuable services to farmers and it’s essential that all labs are protected.

“A huge percentage of the country’s suckler and beef farmers along the western seaboard, along with sheep farmers, all use the Regional Veterinary Labs for their services.”

At today’s rally, IFA Deputy President Richard Kennedy is expected to say that the current regional veterinary laboratory structure is acknowledged by authorities worldwide as the optimal animal disease surveillance system for early detection of trends and novel diseases, according to the recently published review document.

Richard Kennedy will say that for an investment of €6.4m over eight years, the optimal disease surveillance structures in place in Ireland can be maintained and the service provided to farmers enhanced.

IFA Connacht Chairman Padraic Joyce is to say that farmers have made enormous investments in progressing the health status of the national herd, which benefits the agri-sector and wider rural economy.

“Strong meaningful state diagnostic support is a vital component and the Minister must enhance this service for all farmers.

“IFA has met Department officials and highlighted to the Minister that any approach other than strengthening the diagnostic services provided by the State on all regional sites would be counterproductive.”

Meanwhile, Gerard Queenan, Chairperson of Sligo Irish Creamery Milk Supplier Association (ICMSA) said, “ICMSA categorically rejects the idea that any of the six remaining regional veterinary labs could even be considered for closure.

“The closure of the Doonally lab in Sligo would leave farmers in say, Belmullet, having to travel to Athlone to get access to a lab.”

It’s a very serious blow to the agri-infrastructure and services that farmers in the north west – no more than any other group of farmers in the State – have a right to expect.

“We cannot understand how, when challenges and uncertainty are looming in front of the Irish food sector, in terms of exports and markets, that we would be so short-sighted as to close the facilities that are the first line of defence in terms of the reputation of Irish food.

“We should actually be reinforcing these labs and enhancing the range of services they offer, instead of always looking to cut and withdraw the important expertise these labs represent.” 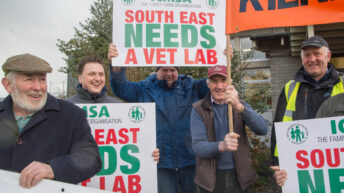