Fancy a self-propelled trailer for soggy conditions: Why not?

The Cargo-TRACK, from Belgian manufacturer Joskin, is a novel attempt to re-invent the tractor and trailer combination.

It’s not new; it’s been around for some years now. The current incarnation is powered by a 450hp Iveco Cursor-13 engine. It drives through a 16-speed gearbox, which can operate in either automatic or semi-automatic mode.

All eight wheels are driven. Power is distributed between the front and rear axles; each has its own diff-lock. The Cargo-TRACK is fitted as standard with ABS (Anti-lock Braking System), as well as an electronic stability control package.

Top road speed is up to 80kph. Braking is via an air system, with two independent circuits. 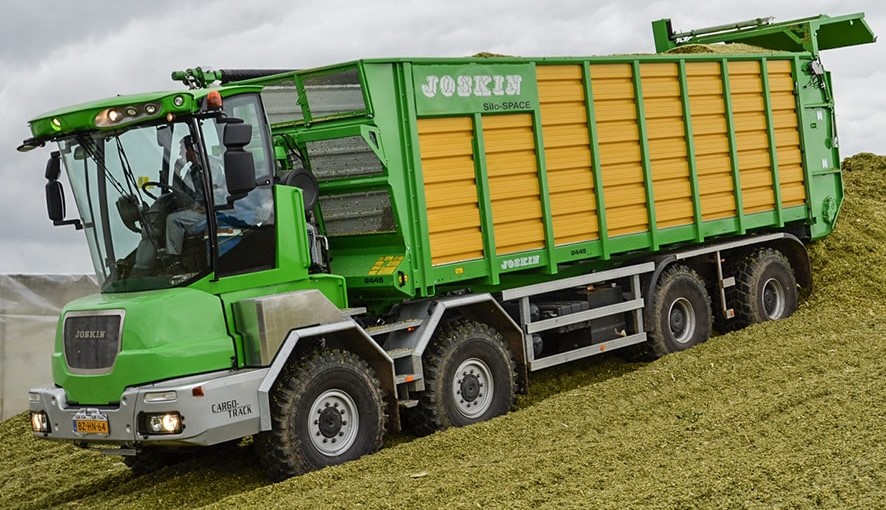 The underlying vehicle is typically home to trailer bodies – with chain-and-slat floors or ejector systems. However, drive-units have also been mated with tanker and spreader bodies – to broaden this unusual machine’s appeal. 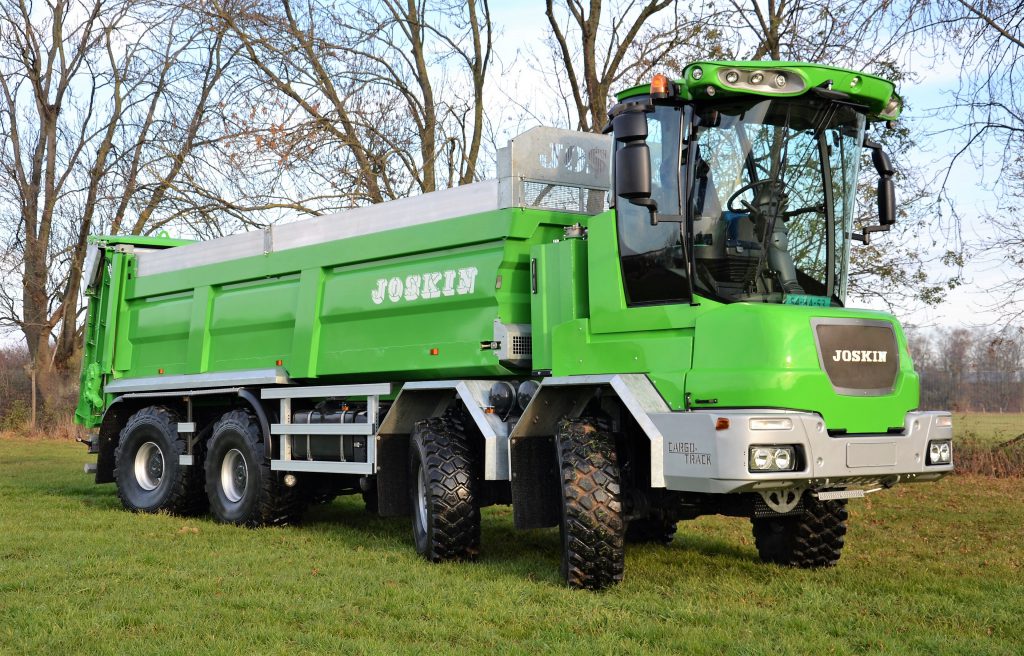 The cab – similar to that fitted to current-generation New Holland foragers – sits high aloft the machine. It offers commanding views, though might catch a low-hanging branch were it to venture onto a small, Irish country road.

In other recent Joskin news, the Belgian manufacturer had plenty to shout about at this year’s SIMA show in Paris.

The company, which is probably best known here in Ireland for its slurry spreading equipment and high-specification trailers, launched a number of new products at the event.

First up was the latest Solodisc XXL. This is the firm’s newest injector; it is primarily targeted at operators dealing with large volumes of digestate from Anaerobic Digestion (AD) sites. The new line-up boasts working widths of up to 8.75m. 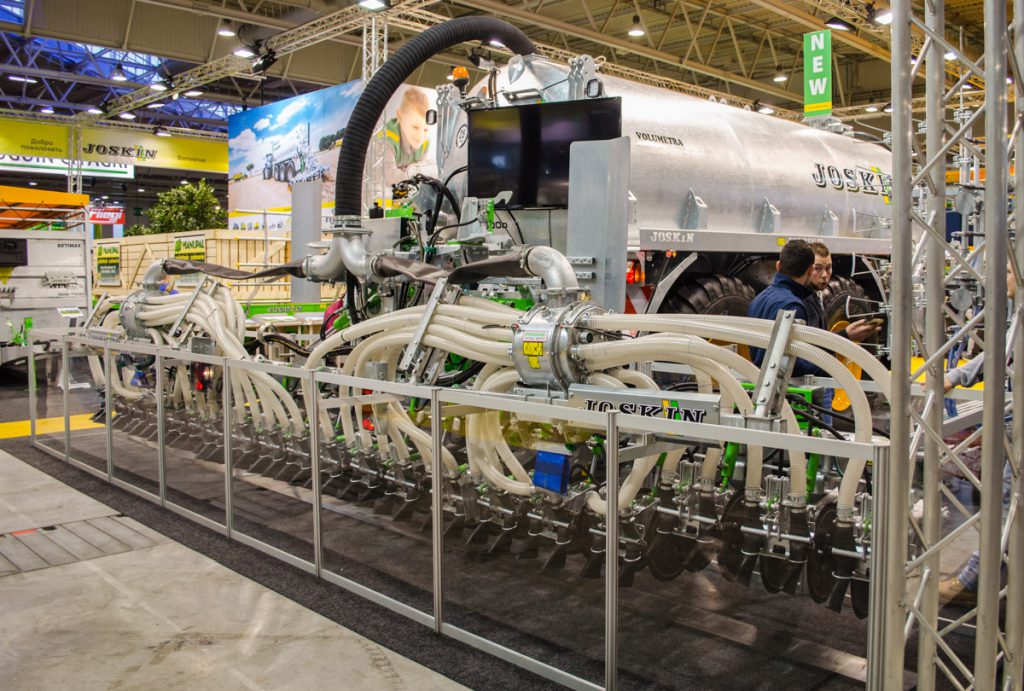 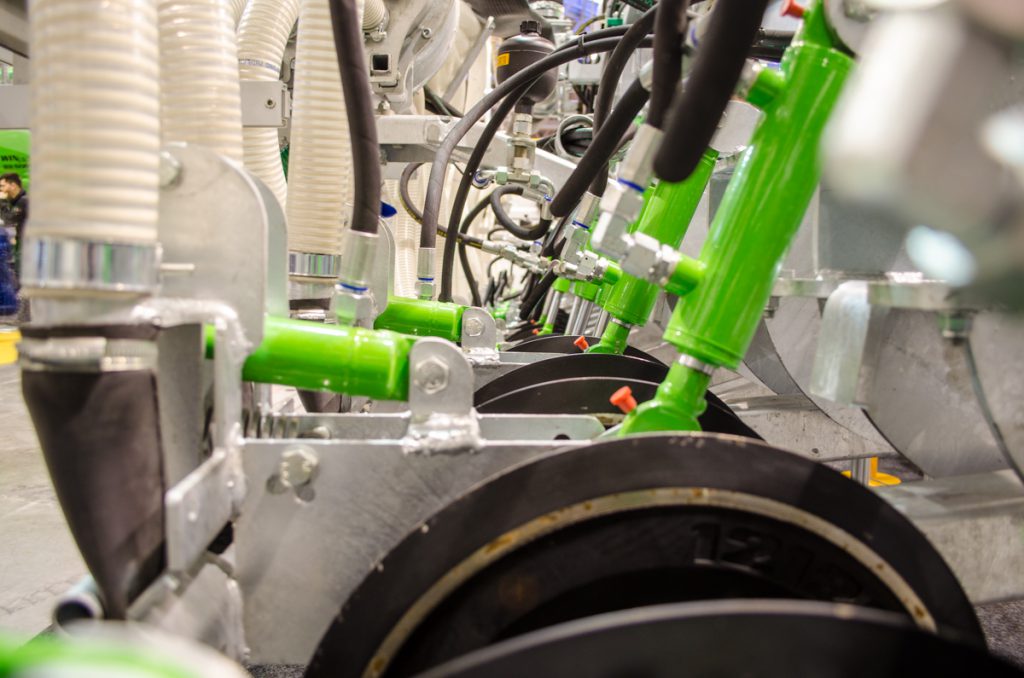 Dotted across the biggest (8.75m working width) version, there are 22 disc units – each spaced at 18.75cm intervals. Automatic GPS section control, which is available as an option, can switch each individual unit off. Each pipe is pinched by a hydraulic ‘clamp’, to stop unwanted slurry from dribbling out.

A top-of-the-range Solodisc XXL was being quoted at prices in excess of €40,000 excluding VAT at the show. The injector will typically be coupled to one of Joskin’s high-capacity tankers – such as the Volumetra model. 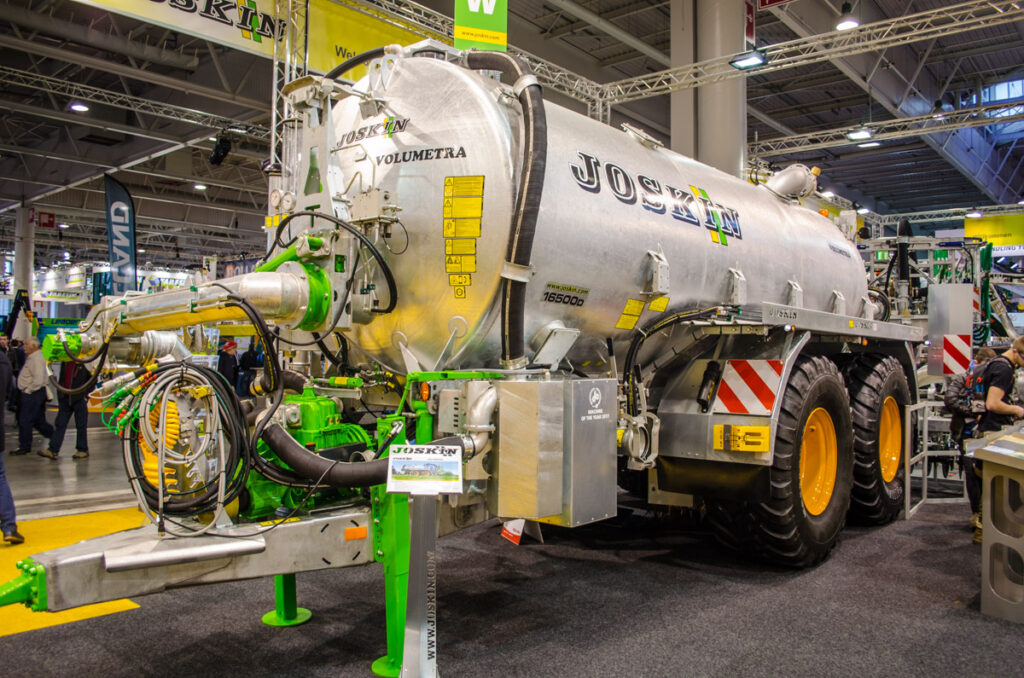