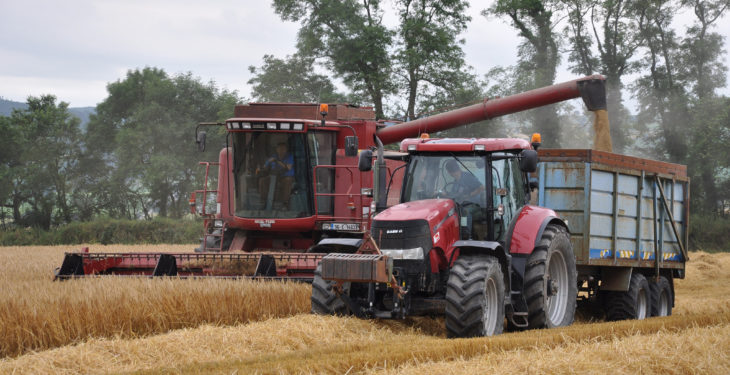 Growers who supplied cereals, oilseed rape and pulses to Glanbia this harvest and who are not members of the co-op will not receive the €14/t bonus announced by the company yesterday (Thursday, October 12).

Instead, these growers will receive €133/t and €143/t for feed barley and wheat, respectively.

As already reported, Glanbia members will be paid €147/t and €157/t for feed barley and wheat. The company also announced a rebate of €7/t on fertiliser purchased by its members.

This means that farmers who supply Glanbia but who are not members must produce more grain to break-even.

Non-members needed to grow 0.8t/ha more than members, to break-even on their winter wheat and winter barley crops this year. This is evident from the table (below).

These figures exclude VAT and are based on Teagasc’s ‘Crop Costs and Returns 2017’. Straw is not included.

IFA Grain Committee chairman, Liam Dunne, was not happy with the announcement when he spoke to AgriLand.

Dunne explained: “It’s not fair. They’re penalising people who are doing business with them just because they can’t afford to buy shares.

That’s grossly unfair and that’s one of the things that we discussed with Glanbia.

“People who purchased inputs from them should be rewarded for that much at least. People who bought inputs should be getting some share out of this, because they are supporting the co-op.”

Glanbia also announced that all 2018 prices quoted will include a standard transport allowance of €3/t. Higher allowances will be paid to growers located greater than 15km from Glanbia’s drying locations.