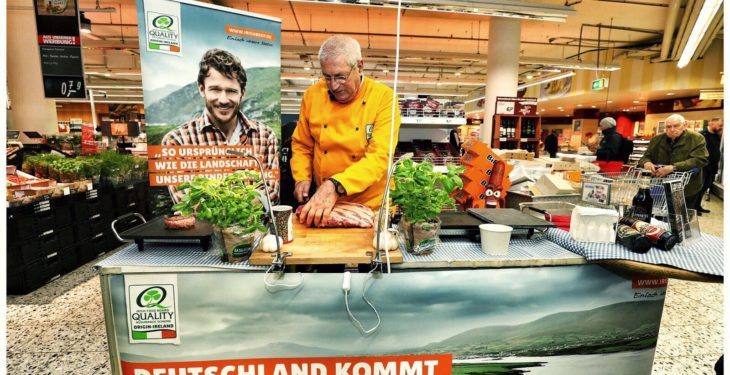 The Irish food and drink industry recorded its seventh year of consecutive growth in exports during 2016.

Since 2010 the industry, as a whole, has seen a 41% or €3.27 billion increase in the value of exports, according to Bord Bia’s director of markets Padraig Brennan.

Irish food and drink is sold in 180 markets worldwide –  worth €11.15 billion to date. When the first six months of 2017 are compared to the corresponding period in 2016, every sector has seen some growth in exported product.

Brennan said: “Ireland has shown impressive growth levels so far this year. It is interesting to see that, in the first half of this year, growth in the value of exports has continued – figures from January-to-July of this year show an increase of 12% in the value of food and drink exports.”

The abolition of quotas and overall dairy expansion, combined with the recovery in the market over the past year, have led to an increase in dairy exports of 22%.

Although this sector has seen the most growth in recent times, it is not alone.

The meat and livestock industry experienced growth of 5%, while seafood exports were up 18% in the first six months of 2017. 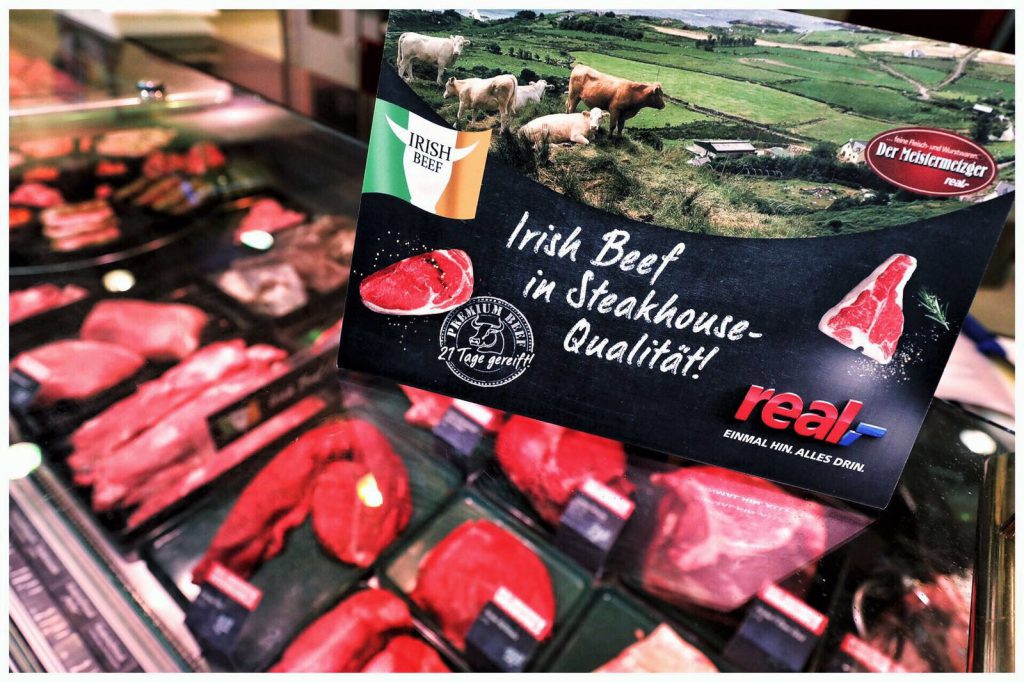 A 13% rise in the prepared foods sector was also noted, with the edible horticulture and cereals industry recording a small increase of just 1%.

The percentage of Irish produce exported to certain regions has also experienced growth in 2017 (January-to-July).

Other EU destinations recorded a 14% increase in Irish exports. Ireland experienced an increase of 6% in the value of exports heading across the water to the UK in the first six months of this year – encouraging giving all the pressures that surround the UK market.

Overall, 45% of the growth has come from international markets; EU markets have expanded by 35%; and 20% growth was witnessed in the UK.

Irish produce on the shelves in Germany

Germany is Ireland’s sixth largest export market for food and drink with an estimated export value of €600m during 2016.

Irish dairy, beef and prepared foods are Ireland’s top three food exports to Germany. Export performance to date for 2017 has been very strong (up 24%), driven by significant increases in dairy and prepared foods.

Real is Germany’s leading hypermarket with 302 outlets across the country. It carries a strong Irish presence, including Irish beef and lamb. 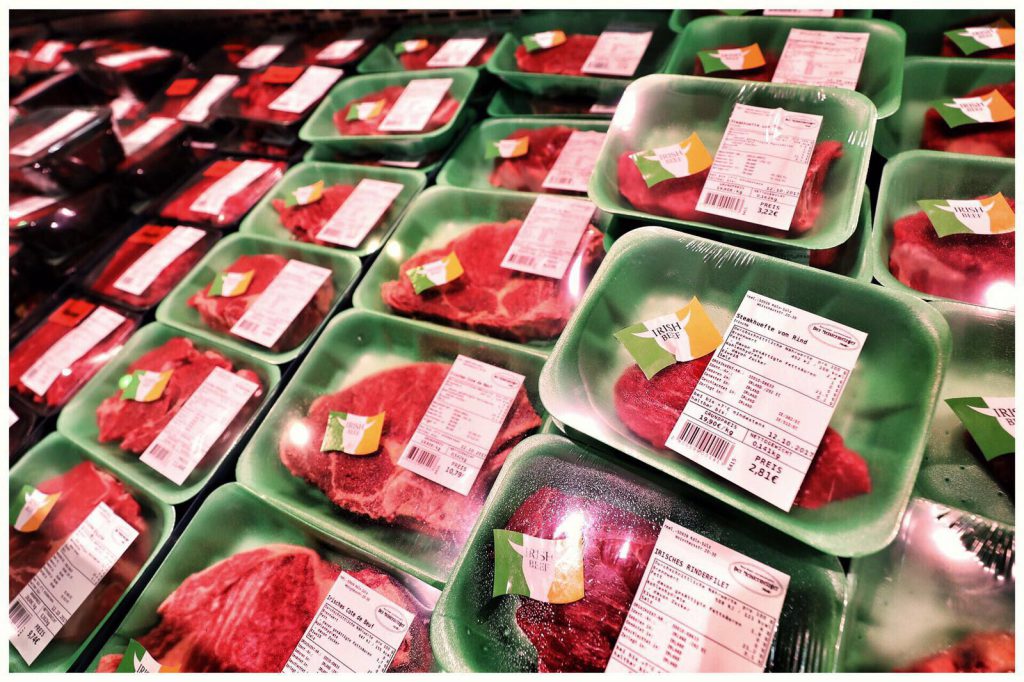 A range of Kerrygold products including butter; spreads; cheese-strings; yoghurt; cheese; and Irish cream liqueur are on display in the store. Seafood – Kush mussels and smoked salmon –  is also available in Real’s hypermarkets. 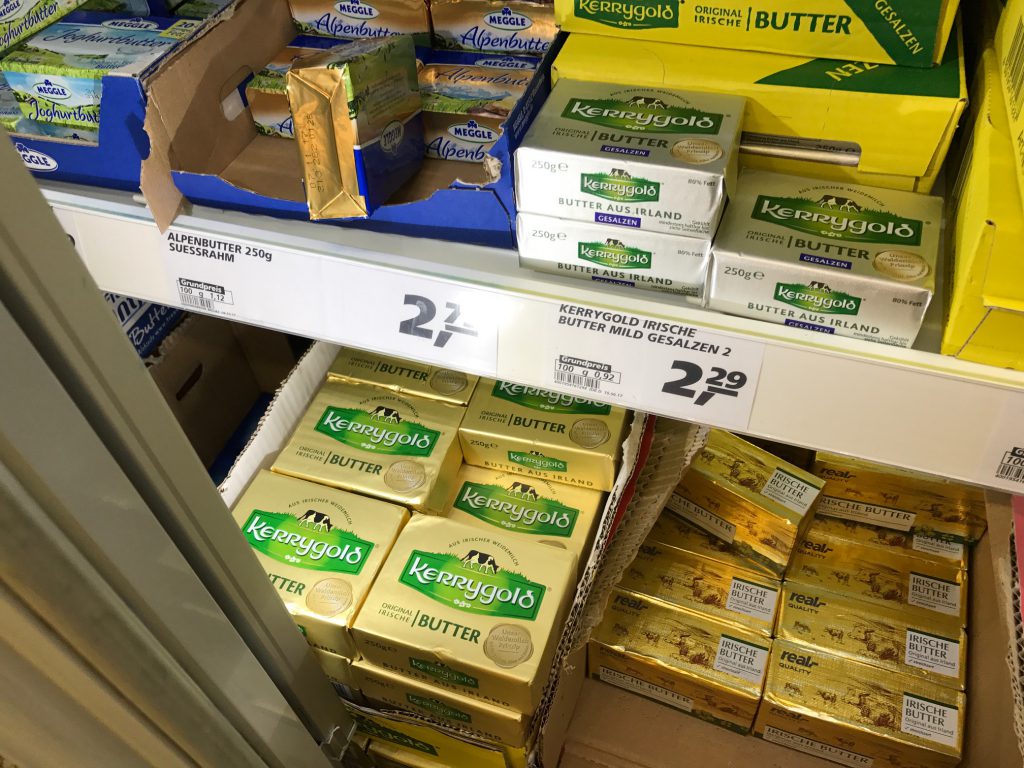 Rewe is the second-largest supermarket chain with over 3,000 stores across Germany. Key Irish products available are Dawn Meats’ Black Premium Irish beef, as well as Irish lamb in some stores. A broad selection of Kerrygold products and Irish Whiskeys are evident across all Rewe’s supermarkets. 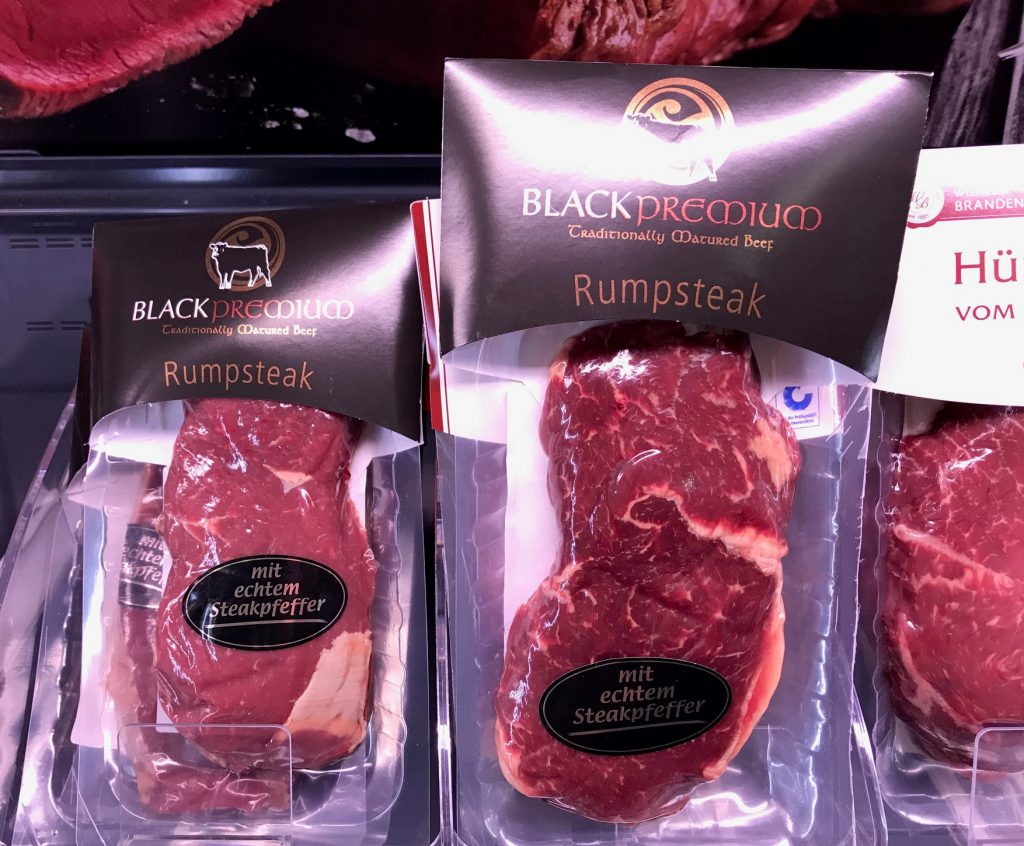 Frische Paradies is a food-service distributor with an emphasis on seafood, meat and delicatessen products. Irish products stocked include Kepak’s beef and lamb. 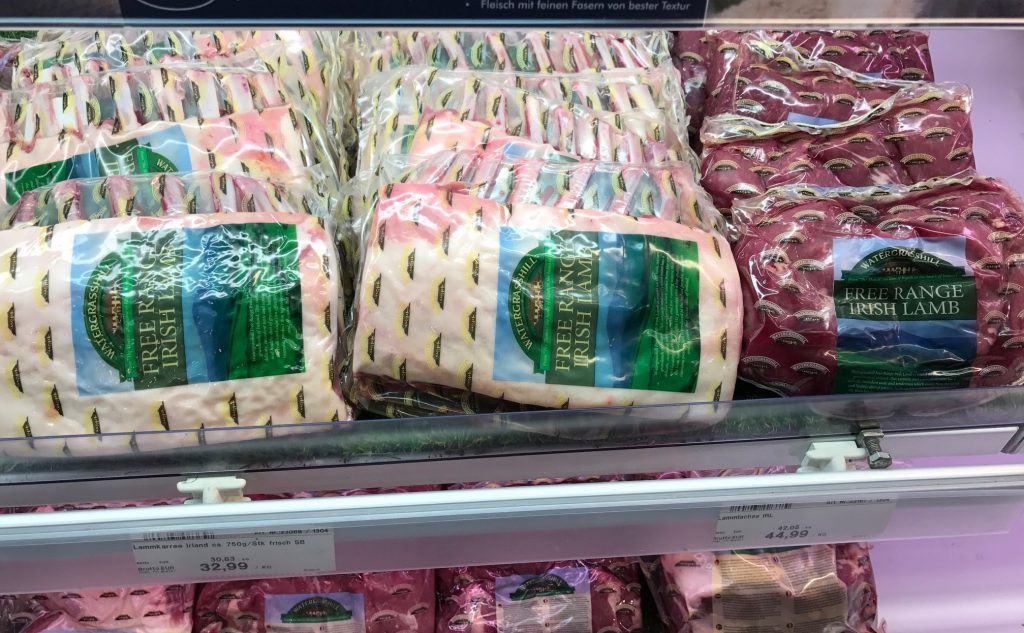 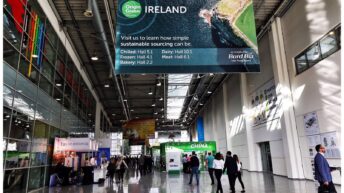 In the quest for new food markets; quality will prevail