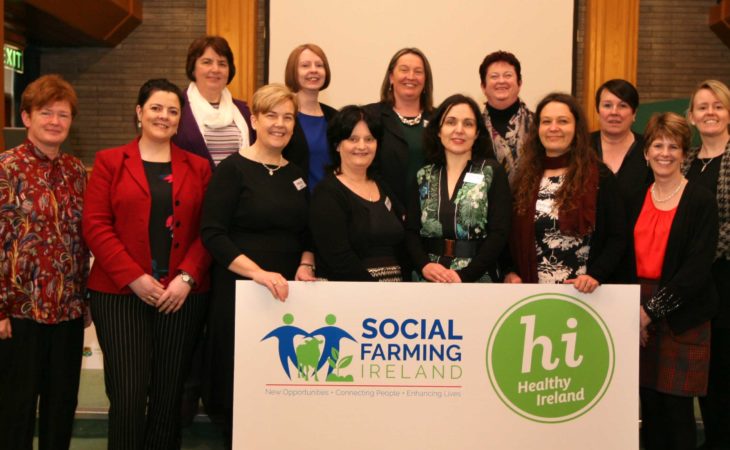 The working family farm provides a unique environment in which to address various dimensions of wellbeing in an ordinary, natural and holistic way, a gathering on social farming of almost 150 people in Swords, Co. Dublin, was told.

Speaking after the conference – which was held last week – Dr. Aisling Moroney, policy officer with Social Farming Ireland, said that the way social farming is carried out is completely in line with shifts towards a progressive and individual approach to meeting the needs of people from a range of services, to deliver positive outcomes.

“The opportunity and the choice to do social farming is something which we want to see being more widely available to people around the country,” the policy officer said.

Social farming really delivers in terms of rural development and helping to preserve the multifunctional family farm model which is so valuable in Irish society.

“It brings people from all sorts of backgrounds together in new and positive ways and it is these relationships – between participants, farmers, service providers and communities – that are at the heart of what social farming is all about.”

The strength and quality of these relationships, Aisling said, was clear to see in the chat and the banter between participants, farmers and service providers in two ‘fireside chats’ hosted by Martin Rogan of Mental Health Ireland at the conference.

Patrick, an 18-year-old from Co. Limerick – who took part in a 10-week social farming placement last summer on Mike O’Connell’s farm in Mungret, Co. Limerick, through youth development organisation, Foroige – had no previous experience of farming and spoke movingly about his time there.

He reflected on how social farming gave him new confidence and belief in himself and taught him new skills in working with animals and in operating as a team with Mike and other three members of Foroige.

The days at social farming were those that he got out of the bed early and couldn’t wait to see what the day would bring. His dream is to get work on a farm and one day own a small farm like Mike’s with different animals, where he will be able to bring young people like himself and “give them a chance like Mike gave me”.

Similarly, Robbie, a resident at Ozanam House in Co. Wexford, spoke of his time on Denis O’Connor’s farm near Kilmuckridge.

He is a passionate advocate for social farming and the impact it can have on people who take part, especially those who have had a negative experience of formal education or who just want to be out in the fresh air doing practical tasks according to the rhythm of the seasons.

He argued that social farming should be available to second level school students.

Robbie and Denis – as well as Phillip, a support worker from Ozanam House – all reflected on how going out social farming provides a real change in perspective and a break for those coming from a setting such as a homeless hostel.

Aisling said: “People who took part in the research spoke of feeling much better in themselves, an improved sense of purpose and a new confidence in their own abilities.

All really enjoyed the friendships and fun they developed with the farmers and their families, and with the other participants.

“Some highlighted the benefits of being out in nature and in the fresh air, of getting their hands in the soil or working with animals. Others spoke of having developed new practical skills or reconnecting with skills they thought they had forgotten.”

There were also valuable insights into social farming practice from services. Theresa Peacock from HSE mental health services in Sligo/Leitrim, reflected on the value of social farming for clients in giving a sense of routine and purpose, in helping to make new connections and friendships and in improving levels of wellbeing and confidence and the capacity to take the next steps in recovery.

Noreen McGarry, community inclusion co-ordinator for Western Care – which works with people with intellectual disabilities, highlighted the benefits to the people the organisation works with of going out to an ordinary working farm and into the community, where they get to broaden their existing networks and have a sense of belonging and purpose.

Noreen shared case studies and photos from the many people who have enjoyed social farming over the last year.

She recalled the story of one participant who doesn’t communicate verbally but who has developed a wonderful relationship with the farmer he happily works alongside. After months of social farming, they understand each other perfectly, she told the meeting.

From the farmer perspective, Aisling noted that the research showed that most of those who engage in social farming had small to medium farm holdings, do not farm intensively and had mixed farming systems.

“Many have additional skills, such as woodworking or cooking and we find that there is typically a strong emphasis on the maintenance of traditional farming skills, welfare of animals and the heritage and ecological value of the farm,” she said.

Participating farmers had a strong sense of personal satisfaction from having made a difference in participants’ lives and enjoyed having them spend time on the farm.

For many, social farming had led to improved community connections and a reduction in the sense of isolation that can be common in modern farming.

Other benefits included more meaningful and productive use of farm assets such as old buildings or kitchen gardens, as well as providing an additional income stream. 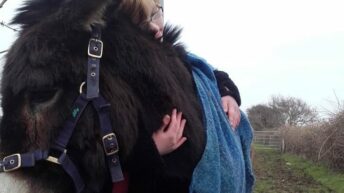