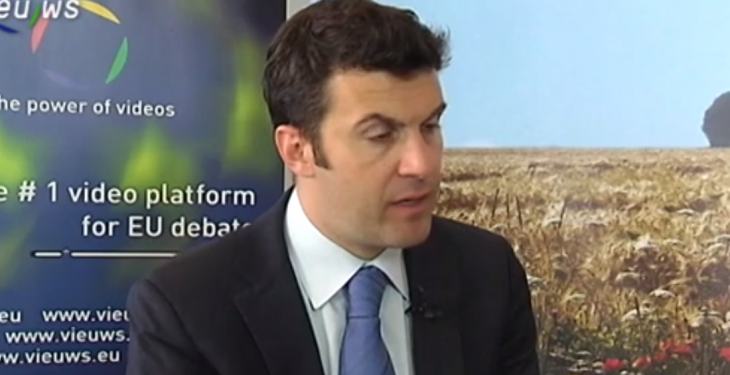 A ‘failed definition of productivity’ is at the heart of problems in food production, according to Marco Contiero – Greenpeace’s EU agriculture policy director.

Speaking to Agra Facts journalist, Rose O’Donovan, at the recent Forum on the Future of Agriculture 2014, he said he is very concerned about the ‘feed the world’ debate. Europe does not need to produce more food, he said. “We keep hearing we need to double food production at global level…we need a serious policy that ensures soil is being used properly.”

He said, if we recognised productivity as more than just an increase in yields – taking into account the quantity of inputs as well as negative impacts on the environment – we would find ways to make European agriculture more environmentally-friendly and maintain extremely high productivity in the system. “The agriculture policy director also takes a critical look at the EU-US trade negotiations. Contiero argues the EU-US trade pact would only bring benefits to big producers rather than small farmers. Moreover, EU agriculture and food standards would be sacrificed for greater trade in GM products, Contiero adds. “High EU standards cannot be simply taken away or shifted without involving civil society,”  the Greenpeace policy director says.

“The concern we have with the US-EU trade deal is that Europe has to weaken its regulations and standards. The US should be ready to raise its own standards.”

On paper, he said, big producers are going to benefit more from future US-EU trade agreements.