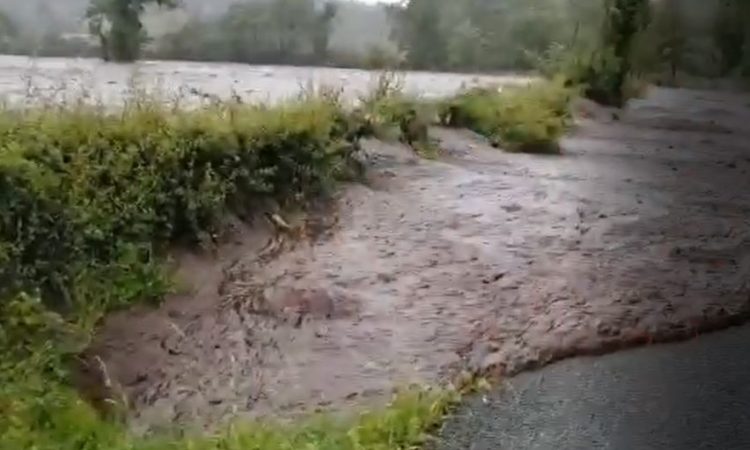 TDs met with farmers and residents in Co. Leitrim yesterday, Monday, July 13, to review the extent of the damage caused by the bog slide that occurred in the area last month.

Minister for Agriculture, Food and the Marine Barry Cowen and Minister of State with responsibility for public health Frank Feighan were joined by local Fine Gael councillors Frank Dolan and Seán McDermott to view the damage caused by the bog slide on June 28.

They met with local farmers that were affected by the Shaas Mountain bog slide near Drumkeerin, to hear their concerns.

According to Feighan, they also met with engineers from Leitrim County Council to “discuss a pathway forward”.

“I have been working to bring about a resolution to this since the bog slide took place at the end of last month, and have been in constant contact with the Office of Public Works who are providing assistance to engineers in Leitrim County Council,” Feighan said.

I will continue to push for financial assistance to help the council deal with the extensive clean-up operation that is now required.

Feighan said he would continue to work with Minister Cowen and his department to “ensure the necessary supports are in place to support farmers negatively affected”.

“It is vitally important that state bodies work together to assess the extent of the damage and to provide a swift solution for all concerned,” he concluded.

Yesterday, Monday, July 13, AgriLand reported that Malcolm Noonan, the Minister of State with responsibility for heritage and electoral reform, will visit the area where the bog slide occurred, according to local TD Marian Harkin.

The Sligo-Leitrim TD said the government had responded to her call for “immediate supportive action” for those affected by the Shaas Mountain bog slide near Drumkeerin.

After the bog slide occurred, TD Harkin had called on Tánaiste Leo Varadkar to provide government aid to remedy the damage, emphasising the “serious situation which had arisen and the need to support Leitrim County Council”. 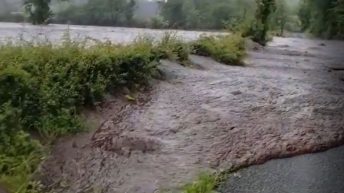