‘Expect the unexpected when it comes to scanning dates’

‘Expect the unexpected when it comes to scanning dates’

‘Expect the unexpected when it comes to scanning dates’ was one of the key messages to takeaway from a Teagasc beef webinar hosted by the Longford/Roscommon region on Thursday evening (January 14).

One of the speakers on the night was Charlie Devaney, a Teagasc advisor, who provided an in-depth presentation of managing the suckler cow pre-calving this spring.

From his list of management criteria, Charlie discussed the topic of scanning dates in suckler herds.

Scanning cows shortly after the breeding season is advised for suckler farmers to let them know where they stand when it comes to calving the following spring.

Obviously, it is too late to consider scanning spring calving cows at this stage. However, Charlie mentioned even if farmers have scanned their cows back in the late summer there can still be cases of inaccuracy occurring.

He stated: “From the time you let the bull out to the herd, you could be scanning your herd four months later in a compact calving system.

“If your scanner is coming in at five or six months after that cow has been inseminated, it is very hard to get a correct date at that stage. So it is important if you are scanning to do it in the late summer, maybe early Autumn in a spring calving herd.

Always be wary if the scanning dates are a little bit off; good observation of the cows pre-calving is very important. 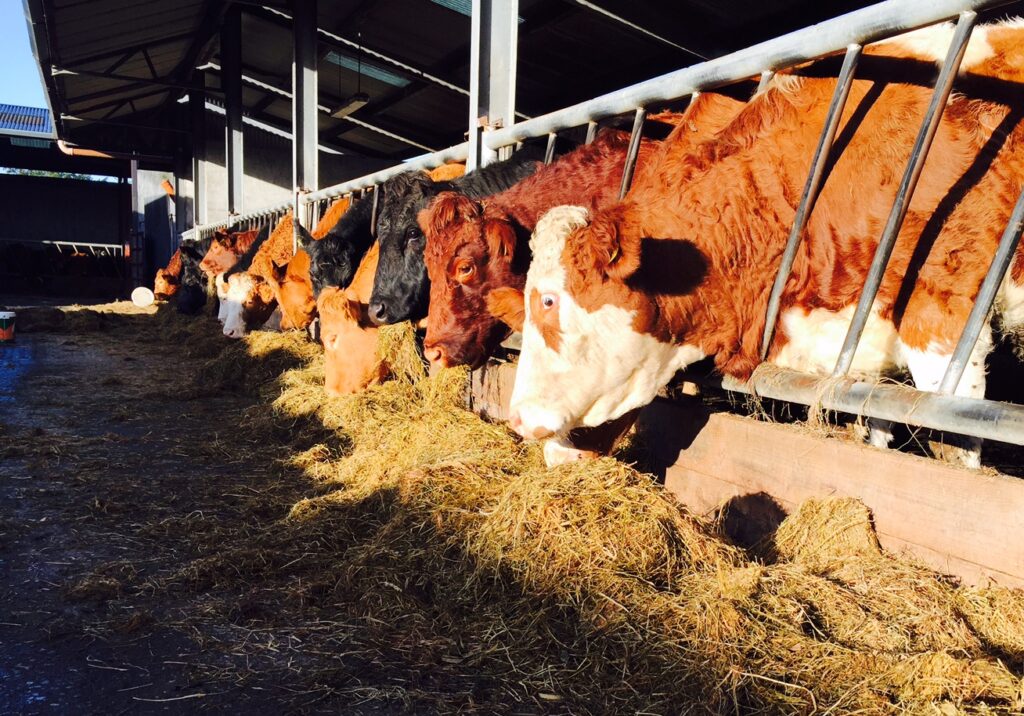 “If you are using AI, double check your records to see what bull the cows are in-calf to.

“Secondly, where there are repeats there can be cases where a cow may have shown false heat signs but it was not a repeat heat. Just make sure that your records are correct and keep an eye on them.

“At this time of year in a slatted shed you will find that you are always looking down on top of the cows, you are not looking from behind at them. So go around the cows as much as possible and check if they are coming loose around the vulva or if there is any sign of them coming on to calve.”

“Twins is something that a lot of farmers get caught out on,” Charlie highlighted.

“A scan might have shown up that the cow is not having twins. However, if you don’t complete your scanning between the second and the fourth month of pregnancy, you may not be able to detect twins at that stage. Therefore, you may think that there are no twins in your cows.

“Again, the advice is to keep a close eye on your cows pre-calving because with twins they may calve down that bit earlier.”

Expecting a bull or a heifer?

Speaking on the sex of the calf, Charlie stated:

“If you are scanning between the second and fourth and half month, you may be able to pick up if the calf is a bull or a heifer – this is very useful information.

From anecdotal evidence you find that a bull may bring a little bit longer with their time.

“Plus, a bull may be that small bit bigger at birth compared to a heifer; so if you know that you have a bull coming it gives you a good idea of how you can deal with that birth.

Concluding his remarks on scanning, Charlie finished on a very important message for suckler farmers to remember this spring.

He said: “Always expect the unexpected, what I notice with farming every year is that something different will always happen that you haven’t thought of – so be ready for the unknown.”