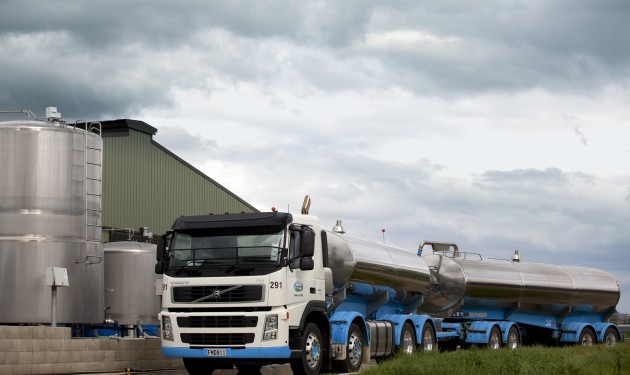 Increasing milk volumes puts pressure on finances, organisational management and staff of processors, according to Dr Chris Bloore, a Dairy Industry Systems Consultant from New Zealand has said.
Speaking at Teagasc Moorepark Food Innovation Gateway event recently he said that while he said increased milk volumes would provide the opportunity to upgrade existing production facilities, construct new ones and retire old facilities.
Outlining the New Zealand situation, he said that New Zealand had faced the challenge of rapidly increasing milk flows three times in recent decades: in 1973; the mid 1990s and in 2001.
He said that New Zealand milk powder production went from less than 200,000t annually in the mid 1970s, to almost 700,000t in 2000. In turn, he said the capacities of the country’s largest dairy spray driers commissioned went from 3.2t/hour to 30t/hour.
Large capital requirements encouraged amalgamations, he said, to help raise the capital and to exploit economies of scale in drying plants. And, the continual building of ever larger plants built up domestic engineering and construction capabilities.

As the number of co-operatives dwindled and their milk flows increased, the price of farm land increased, he said, and the mid 1990s saw mass migration of dairy farmers and herds to cheaper South Island traditionally sheep farming areas.

“This allowed dairy production to continue to increase, but began to have visible effects on the environment.”

Around 1,000 new dairy farmers arrived in Southland between 1994 and 1996, bringing stock with them. The Southland Dairy Co-op experienced 55% compound annual growth in its a peak milk flow for four consecutive years, growing 5.8 times. Much of the funding came from a bank which ended up owning over 70% of the company, he said.

Milkpowder driers could not be built fast enough to cope with the peak milk flows, so casein and AMF factories were built to swallow skim milk, he said and the casein drier could not be commissioned in time and thousands of tonnes of washed wet casein curd was frozen and stored until the winter when it could be thawed and dried (successfully).

In 2001, all but two of the dairy companies merged to form Fonterra, leaving Westland and Tatua co-operatives on their own. The maximum milk swallowing capacity in New Zealand, he said, is achieved by making skim milkpowder (SMP) over the peak.
He said that processing the cream into butter or AMF generates buttermilk or serum, while spray drying this as buttermilk powder (BMP) on the same driers making the SMP reduces capacity. Dedicating a small drier to BMP, sourcing it from several plants, significantly improves overall capacity.
Dairy Milk New Zealand Teagasc
Loading Next Story