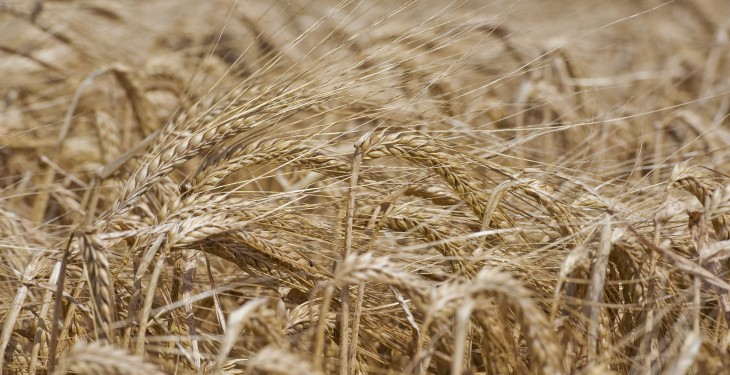 Due to Ireland’s climate we are able to achieve the second highest yields per hectare for spring barley in the world, but yields are variable. Teagasc’s Shane Kennedy discussed this issue today at the National Tillage conference.

Kennedy outlined research from Teagasc, which is attempting to better understand this seasonal variability and identify whether further yield increases are possible.

Teagasc sets up monitor crops of spring barley at sites in Carlow, Wexford and Cork for the 2011, 2012, and 2013. Kennedy outlined that the crops were managed as per standard farm practices. The progress of the crops in terms of growth and development were accessed in detail on a weekly basis throughout the season.

Kennedy outlined that yields from the first season in 2011 were high in all the sites with an average of 9.9t/ha achieved. He said this was due to high grain numbers and to a lesser extent high grain weights. He noted cooler weather late in the season resulted in a prolonged grain filling period.

In 2012 yields were lower at 7.9 t/ha grain weight was also reduced. Kennedy suggested this was due to low solar radiation in 2012 along with high levels of ear blight. The 2013 crop suffered from the terrible weather at establishment which meant lower grain numbers.

According to Kennedy findings from the research suggest that barley has the potential to create more dry matter than it has grains to store it. He said: “this means that yield can be increased by managing or breeding crops with increased grain numbers.”

Shoot number has the most influence on grain number. According to Kennedy: “It is the most important tool for achieving high grain numbers.” He highlighted that early season development is crucial for shoot number. Plot trials at Carlow and Kilkenny in 2013 used varying seed rates to achieve both high and very low shoot numbers.

From the research that he noted that an optimum of approx 1,000 shoots per m2 at harvest was found. To get this a seeding rate of 350 seeds/m2 is needed. He said: “above his point no further grain number increase was achieved.”

Looking forward Kennedy commented that: “Future yield increases may lie in achieving high numbers of grains per ear in conjunction with high shoot numbers per m2. He noted that this is providing that lodging doesn’t become an issue.”