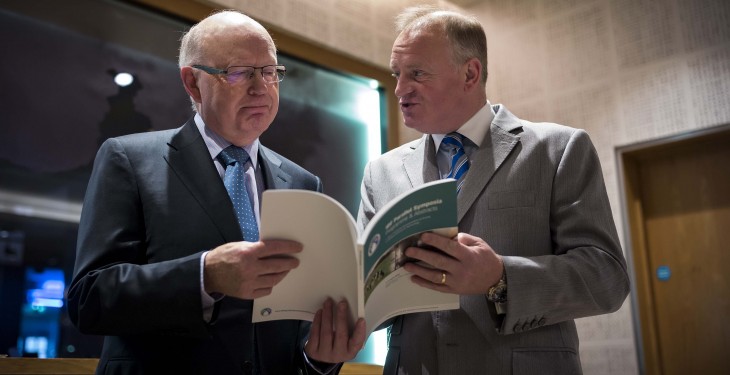 Europe has led the world in investment in the dairy processing industry over the past three years.

Since 2012 €4.4 billion has been spent across Europe on dairy drying products, according to Veronique Pilet.

Speaking at the International Dairy Federation conference in Dublin, she said that this represents the most investment in any world region since 2012.

Of that €4.4 billion, she said that 25% was spent on whey processing facilities.

Pilet, who is head of the Economics Department at the French Dairy Interbranch CNIEL, said that during the same time New Zealand had invested €1.7 billion in dairy processing equipment.

Of the European dairy investment, Pilet said 50% of it spent on drying products and included large investments in Ireland, the Netherlands, Denmark and Western France.

She also said that Europe produces 29% of all world milk, but that Asia remains the largest dairy producer in the world with 38% of all milk produced in Asia. Australia and New Zealand, she said, produces just 4% of the world milk but it sets the global prices.

Only 9% of the milk produced globally is traded (c71m tonnes) but it is, she said, enough to make the global prices.

“So one small incidence on supply or demand can have a big impact on the economies in this sector.”

Because the volume of milk that is traded is relatively small, she said, with two main global markets – Russia and China – taking reduced volumes it can impact world prices.

The demand for skim and whole milk powder in China has dropped by 20-50% for each, she said.

We have reached a global price situation that follows price decrease with oversupply and global demand slowdown. Trade has remained stabled in 2015, the growth was not as was expected a few years ago.