The EU has recalled its request to China to authorise EU member states’ exports of agricultural products.

The request was recalled during the EU and China’s eighth High-Level Trade and Economic Dialogue (HED) which took place yesterday, Tuesday, July 29 via video conference with Chinese Vice Premier Liu He.

As part of discussions, the EU recalled its request to China to authorise member states’ exports of agricultural products awaiting export authorisation, as is the case in the beef and poultry sector.

The EU also outlined concerns about new restrictions introduced on food exports to the Asian country, on the grounds of “controlling the coronavirus pandemic, leading to an increased number of unjustified inspections, controls and requests for certificates on EU exports of agricultural products”.

Yesterday’s meeting “allowed the two sides to exchange views on the ongoing negotiations on the EU-China Comprehensive Agreement on Investment following the last negotiating round”, which took place from July 20 to July 24.

EU-China trade relations ‘must be based on reciprocity’

The EU and China agreed on the “need to ensure the continued relevance of the World Trade Organisation (WTO) in addressing global trade challenges”.

Following the talks, the European Commission executive vice president Valdis Dombrovskis said that the “current crisis gives no other option but to work hand-in-hand with our global partners”.

By pulling together, we can recover more quickly economically and make progress on areas of mutual interest, such as trade and investment relations.

“However, we also need to address sticking points such as reciprocity in the way our companies are treated,” Dombrovskis said.

European Commissioner for Trade Phil Hogan added that EU-China bilateral and trade relations “must be based on the key principles of reciprocity and a level playing field based on clear and predictable rules”.

“I have called upon China to engage in serious reform of the multilateral system and its rulebook and to remove the existing barriers impeding access to the Chinese market of EU exporters of goods and services as well as of European investors,” Hogan said.

“Such an approach by China would show a level of responsibility which reflects its economic and trade importance.”

The EU also called upon China to start exploratory talks for an agreement with the EU covering administrative cooperation to fight value-added tax (VAT) fraud.

The first significant bilateral trade agreement between the EU and China was signed on July 20, as AgriLand reported.

In 2019, the EU expanded its market for agri-food products in China. The value of exports grew by €4.2 billion. 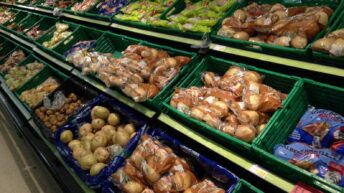