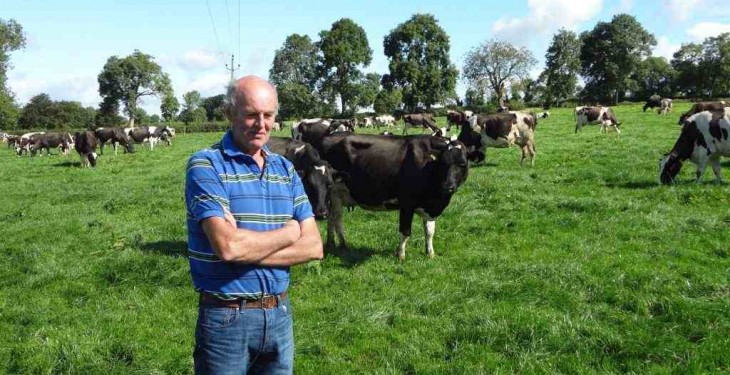 Turning to matters breeding, the latest sire indexes, issued by Holstein UK, have shown an atypical static proof run, with minimal changes within the top 25 of the rankings.

There have been some exciting entries that continue to strengthen the already diverse portfolio of sires available in the UK. A number of intriguing graduates and new genomic bulls offer a range of different components, allowing dairy farmers to reap the benefits of their profitable characteristics.

New to the UK proven Type list, and sitting in top position, is Maple-Downs-I G W Atwood. The Goldwyn son has an impressive Type proof; with a mammary score of +2.94, a legs & feet composite of +3.06 and a locomotion score of +3.56, it is no wonder he has a sky-high Type Merit (TM) of +3.48. He combines these traits with +625kgs milk and also sits in 19th position in the Profitable Lifetime Index (PLI) ranked list with a PLI of £191.

Another newcomer in the UK proven Type list is Farnear-TBR Altaavalon at number three. This Regancrest Mac son has very desirable life span and somatic cell count (SCC) scores of +0.3 and -13 respectively.

Climbing up two places to reach the top spot of the PLI UK proven list is 92% reliable Cogent Twist with a high PLI of £244. This popular Shottle son has 245 milking daughters in 126 herds and boasts a condition score of +1.22 with positive components +0.24%F and +0.07%P.

After being in position 17, the Oman son, Mainstream Manifold, climbs 14 places to reach third place. His 707 milking daughters on the ground in 167 herds have helped raise his PLI to a notable £232 with 99% reliability. This sire also has an incredible fertility index of +7.4 and a daughter calving ease of +2.2.

With minimal change appearing in the UK Bred proven bull list, Heavenly Golden Dreams remains in pole position. The ever-popular Goldwyn son retains a tremendous TM (+4.07) with a high mammary score of +3.58 and a legs & feet score of +3.03.

The most distinguished new UK bred sire is Wintersell Milo at number 17. The intriguing Oman son has a TM of +2.1 and a great fertility index of +2.3. Available as sexed semen, he has a PLI of £187 with positive fat and protein percentages and a staggering SCC of -24.