Despite losing one of its most important export markets, the European Union (EU) has seen an overall increase in dairy exports, Dairyco has found.

Higher milk deliveries in 2014 will have contributed to the increase in exports, although competitive product prices were likely the key factor helping to grow both existing and new export markets, it says.

“Cheese, the EU’s most exported dairy product (in volume terms), saw a fall in export volumes during 2014.

“This was widely expected following the Russian embargo on food imports from the EU which began in August,” Dairyco states.

It also says that with Russia historically accounting for a third of all cheese exports from the EU many analysts expected overall export volumes to fall by more than the 8% actually recorded. 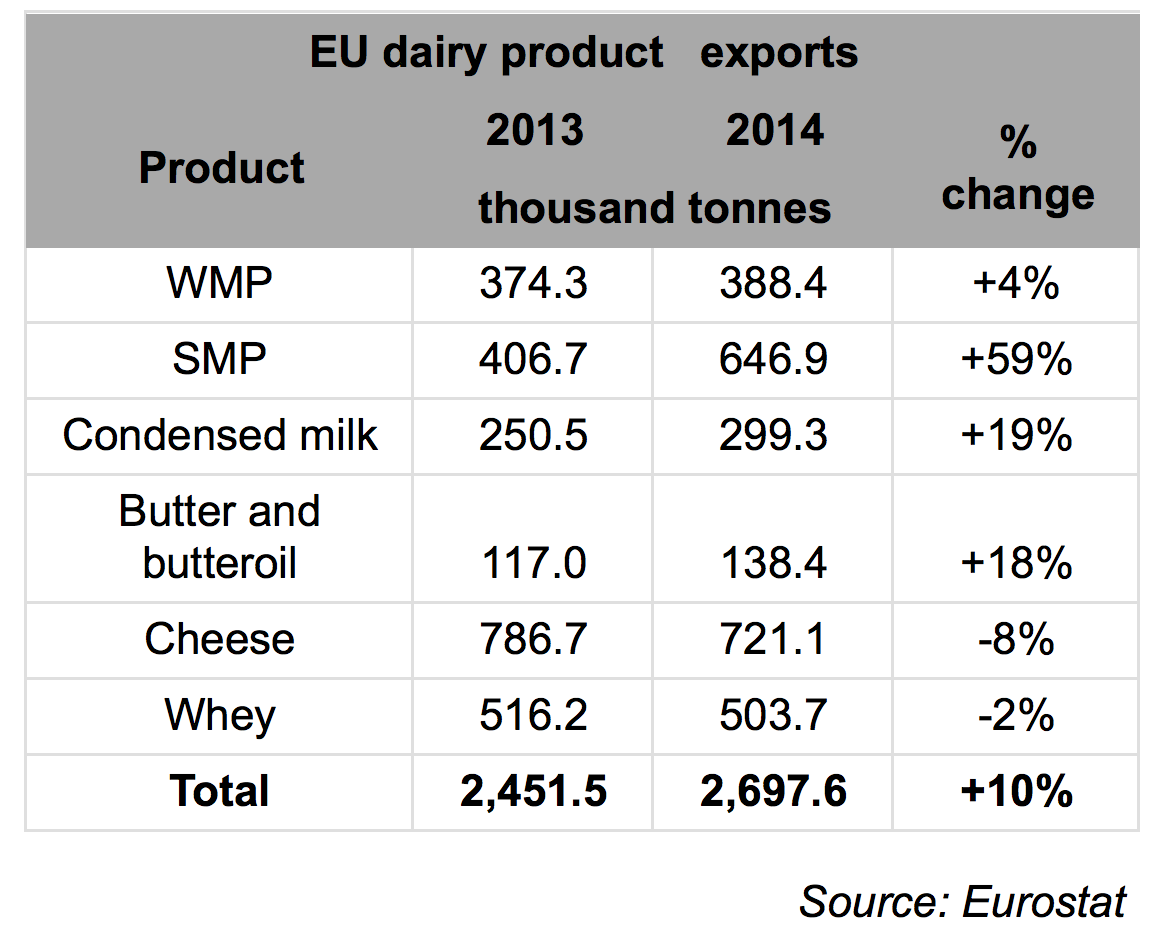 Dairyco says that Algeria, China and Egypt, who are existing key trading partners, have purchased more SMP from EU Member States during 2014.

“In addition, countries such as Peru and Morocco who haven’t traditionally purchased large volumes of SMP from the EU have entered the market, perhaps encouraged by lower prices,” the UK dairy organisation says.