The number of people working in the agriculture forestry and fishing sector declined by almost 10% (-9.3%) or 10,900 people in the last quarter of 2014, the latest statistics from the CSO show.

Its quarterly National Household Survey shows that while employment increased in 11 of the 14 economic sectors over the year it fell in three.

Unemployment decreased by 39,600 (-15.6%) in the year to Q4 2014 bringing the total number of persons unemployed to 213,600. This is the tenth quarter in succession where unemployment has declined on an annual basis. 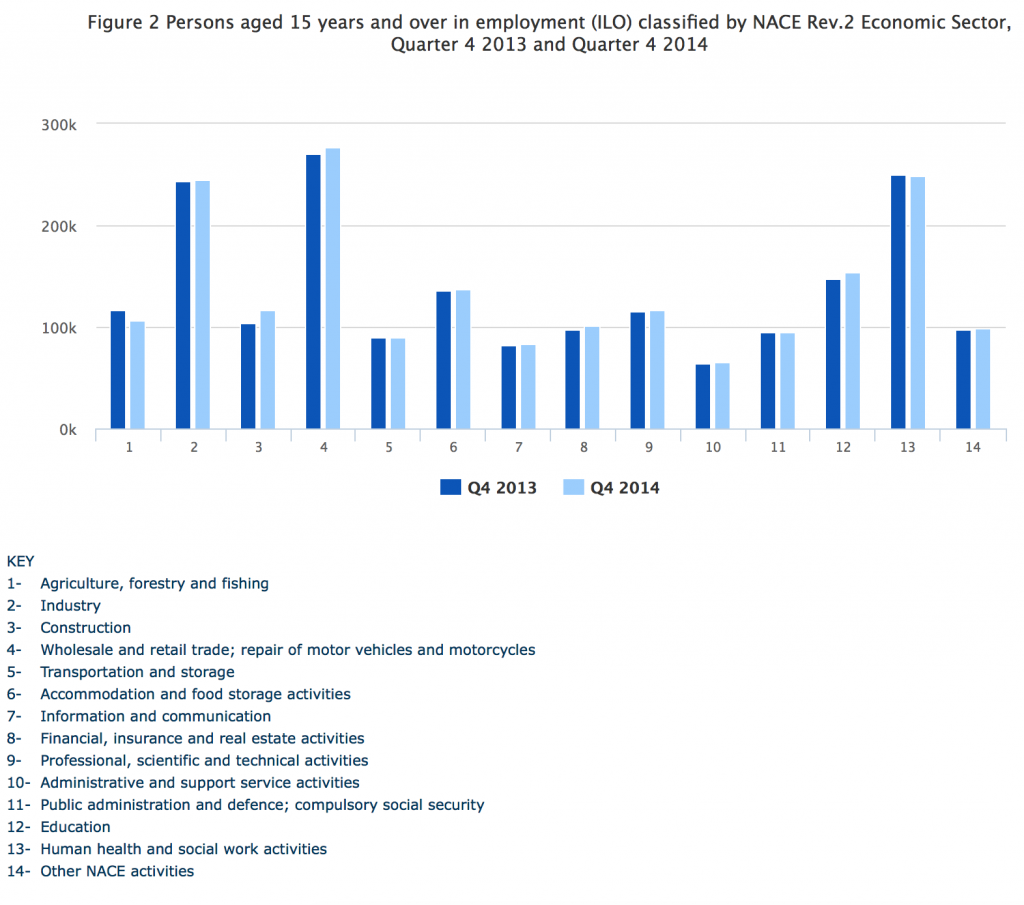