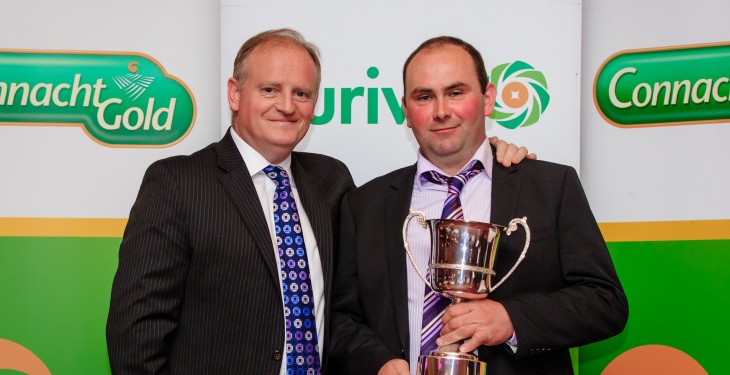 Kevin Lane Chief Executive of Ornua (formally known as the Irish Dairy Board) was guest speaker at the event.

The top award, the ‘Aurivo Milk Supplier of the Year 2015’, went to Sligo farmer Gerard Killoran, from Bunninadden, Ballymote. He also won the award for ‘Lowest TBC Manufacturing Milk’.

The other category winners included:

Aaron Forde, Chief Executive of Aurivo, said that only last month we experienced the most fundamental change to Irish agriculture in a generation.

“As we look to the future and grow our business in the post quota era, milk quality will continue to be an essential ingredient for our global customer base across the 50 markets we have built.

“From our portfolio of regional and national brands to our dairy products destined for Africa, Afghanistan or Costa Rica, all of our customers expect perfection in every litre of milk and every kilogramme of product.

Chairman of Aurivo, Tom Cunniffe, said that each award category winners are outstanding ambassadors for Aurivo and the dairy farming sector, by achieving and maintaining the highest standards, enabling Aurivo and Ornua to develop and market the best quality product.