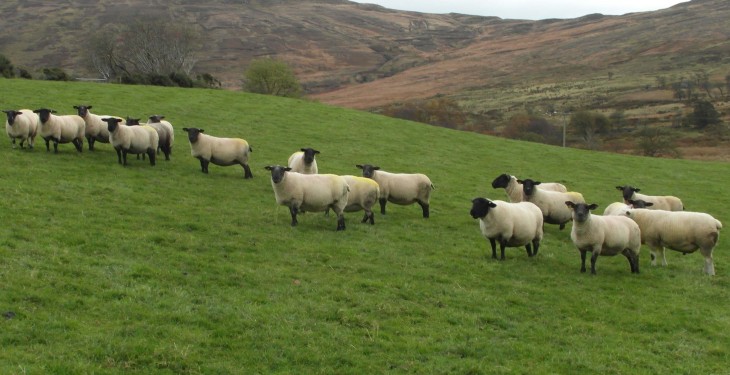 Ireland, the UK and France are to benefit from new EU funding of €7.7m which is being introduced to promote lamb consumption among young europeans.

The three countries, along with Belgium, Germany and Denmark, will get €7.7m as consumption of lamb continues to fall among European consumers.

Noreen Lanigan, Bord Bia Paris, said today at SIAL, the French food trade show, that it is a three-year package which is aimed at encouraging young people to eat more sheep meat. She said that there is limited awareness of lamb among young europeans.

The solution to encouraging more young people to eat more lamb, she said, is a mixture of better marketing and changes in product offering. Young people, she said, do not see lamb as a convenient food. At the moment, she said, the average lamb consumer in Europe is over 50 years of age.

According to the Minister for Agriculture, Food and the Marine Simone Coveney, Bord Bia (Ireland), EBLEX (England) and Interbev (France) are undertaking this initiative following a successful joint application through their national authorities for matching funding under the European Union promotion fund.

“This is great news for Irish sheep meat producers and processors and I would like to compliment Bord Bia and partners for the energy they invested in bringing this joint initiative to fruition. As major European sheep meat producing countries we have a shared interest in working together to tackle the decline in sheep meat consumption. We can achieve more together. EU matching our investment means that we can reach more consumers and raise demand across the category of this tasty and versatile meat.”

The programme aims to stem the decline of around 20% in sheep meat consumption and production in the EU since 2000. It  will highlight the importance of European lamb production and, by increasing consumer awareness of lamb as a versatile daily-use meat, aims to raise the likelihood of consumer purchases by 5% over three years starting in earnest in spring 2015.