€140 million Glanbia plant gets go-ahead from An Bord Pleanála

An Bord Pleanála has approved plans by dairy giant Glanbia Ireland to build a facility as part of an investment worth €140 million for the processor’s site in Belview, Co. Kilkenny.

The plans had originally been given the green light by Kilkenny County Council, but this decision was appealed by environmental NGO An Taisce.

In a brief comment on the matter, a spokesperson for Glanbia said:

“This strategic partnership between Glanbia Ireland and leading Dutch dairy producer Royal A-ware will create a new route to market for the milk supplied by Glanbia Ireland’s network of 4,500 family farms and diversify its portfolio of consumer dairy products and ingredients as part of a Brexit mitigation strategy.”

The proposed new facility will be located at a greenfield site near to Glanbia Ireland’s infant-nutrition plant at Belview, Co. Kilkenny.

Announced in January 2019, the investment is a joint venture between Dutch firm Royal A-ware, and Glanbia Ireland, which will centre around the new continental cheese manufacturing facility.

Once fully commissioned, the new facility will have a production capacity of 450 million litres of milk per annum.

Milk used in the production process on site will be sourced from local suppliers and the cheese will be marketed and sold to global customers.

First opened in 2015, the Glanbia infant-nutrition plant at Belview is a manufacturing site for Glanbia Ireland and was recently expanded to include a third dryer on-site. 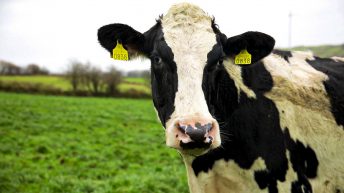