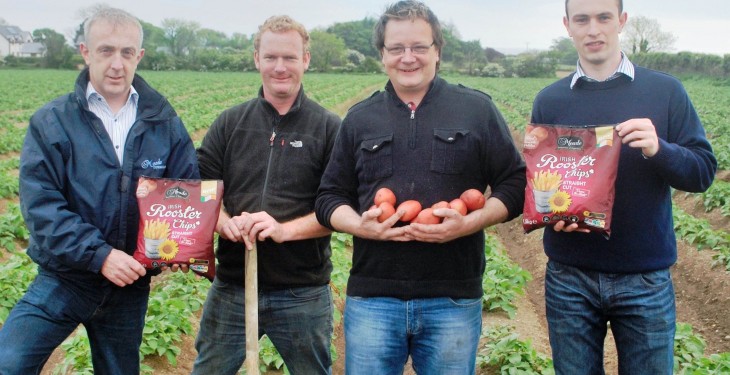 Meade Potato recently announced that it is to invest €13 million in a frozen chip plant at its facility in Lobinstown, Co. Meath.

Welcoming the announcement was Fianna Fáil TD for Louth and spokesperson on Horticulture and Rural Affairs Seamus Kirk said: “This is a major boost for the local economy and will see significant investment in the Meade Potato site, just outside Navan. The company has been one of the outstanding success stories in the North East. What began as a small family business over 30 years ago has grown and expanded into one of the country’s largest growers, packers and distributors of fruit and vegetables in the market”, commented Deputy Kirk.

It is believed the company have already contracted a significant amount of supply from local growers.

Kirk added: “This expansion is a huge testament to the business, which has managed to develop and grow despite the challenging economic conditions. The hard work and determination of the employees has been a major factor in the success of the company, and now that conscientiousness is reaping rewards.

“I’ve witnessed first-hand the outstanding progress made by Meade Potato during many visits to the factory, and the decision to branch out into chip producing clearly demonstrates the progressive nature of this company.

“The Meade Potato chip manufacturing plant will be only such plant on the island of Ireland, and will bring much needed employment in the Agri-Food sector.”