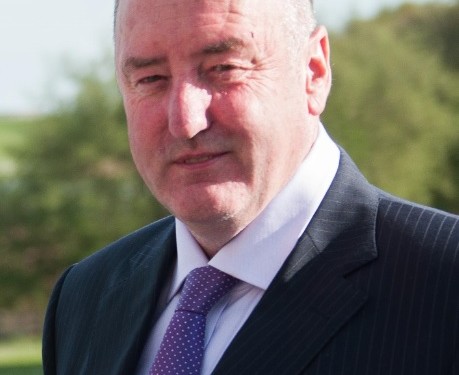 Former IFA President, John Bryan, has endorsed the candidature of Fine Gael’s Simon Harris in this week’s Euro election, saying that, as the only Leinster-based candidate, he is the only one who can effectively represent the South East and South Leinster.

John Bryan will canvass with Simon all the way up to polling day, spending the day with him in Wexford on Thursday and taking in the World Sheep Shearing Championship in Gorey.

Harris is said to have a battle on his hands to win a seat with latest opinion polls suggesting a direct battle with Cork based fine Gael candidate Deirdre Clune for the last seat.

“However, it could be very well be the case that farmers in the South East could left hundreds of miles from their closest MEP with all four MEP’s elected coming from Cork and Kerry.

“Not only will I defend farmers’ income in Europe, I will fight for a ‘common sense’ inspection regime as soon as I am elected. Most importantly, I will be a direct link between farmers of the South East and the European Parliament.

“Farmers in the South East do not want to wake up next week and find they are without effective representation in Europe. The South East needs its own MEP.”