Which direction now for Balmoral? 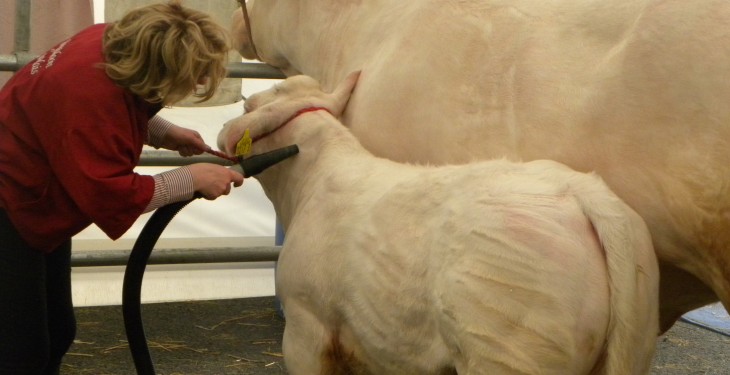 By any yardstick of measurement Balmoral Show 2014 was a resounding success. Record crowds, tremendous weather and a truly exciting mix of attractions served to generate that good feel factor with the public at large, which the RUAS hierarchy had been craving.

But the Balmoral Park project remains in its infancy. Many would argue that all of the hard questions regarding the future usage of the Maze:Long Kesh site have yet to be answered. And, more importantly, how will the investment needed to create the Centre of Agricultural Excellence – the focal point of the RUAS business plan  – play out against the backdrop of the Society’s stretched finances.

One thing is already certain. Balmoral Show will be converted into a four day event in the very near future. It may not happen next year, or the year after. However, the Society’s Chief Executive Colin McDonald is not a fool: he now knows only too well that extending the Show into the Saturday will generate a much needed boost to the coffers at Balmoral Park.

That leaves the other 361 days of the year. Be sure that Colin and his team will strain every sinew to make Balmoral Park the premier agricultural venue on the island of Ireland.  The truly big catch within this list of potential events that could be hosted at Balmoral Park is the Irish National Ploughing Championships, which attracts over 200,000 visitors from all over Ireland during four days in September each year.

Significantly, the Ploughing Championships have no fixed abode, with the result that the site chosen for the event changes from year to year. But with over 400 acres of land contained within the entire Maze:Long Kesh site plus the availability of large areas of prime agricultural land on its doorstep, there is now growing speculation that the Irish Ploughing Championships could come north to Balmoral Park in the not too distant future.

To push ahead with such a venture over the next twelve months might be a step too far for Colin McDonald and his team. However, he is already confirming that Balmoral Park will host the Northern Ireland Ploughing Championships later this autumn. This, he believes, is a dry run for what could be considered, looking further down the line.”

But to make this happen will require the building of the proposed new road between Sprucefield and the Balmoral site. There is also the small matter of Belfast and Dublin harmonising a whole raft of animal health regulations.

But even if all these challenges are satisfactorily resolved there are many core issues regarding the future viability of the Maze:Long Kesh project that lie entirely outside the influence zone of the RUAS. In essence, the Stormont Executive must commit to making it all work. If this is not the case, then Balmoral Show at the Maze could quickly find itself at death’s door, despite all the good efforts of the RUAS. It was interesting, though, that Deputy First Minister Martin McGuinness was keen to praise the efforts of the RUAS in moving to the Maze, while visiting Balmoral 2014. So let’s see what happens over the next few months.