Four girls from Our Lady’s School, Terenure in Dublin have been announced as the national winners of the Certified Irish Angus Beef schools competition.

The competition saw the students rear five Irish Angus cross calves for a total of 18 months.

Despite the school being based in an urban setting, with no farming heritage or previous farming experience, the students took part in the competition alongside other schools from right across the country.

The four girls will also be among those who will sit the first ever Agricultural Science Leaving Certificate examination in Our Lady’s School, Terenure this June.

As part of their winning project, the Terenure students reared their calves on a farm in Manor Kilbride, Tallaght from September 2015 through to their slaughter in November 2016. 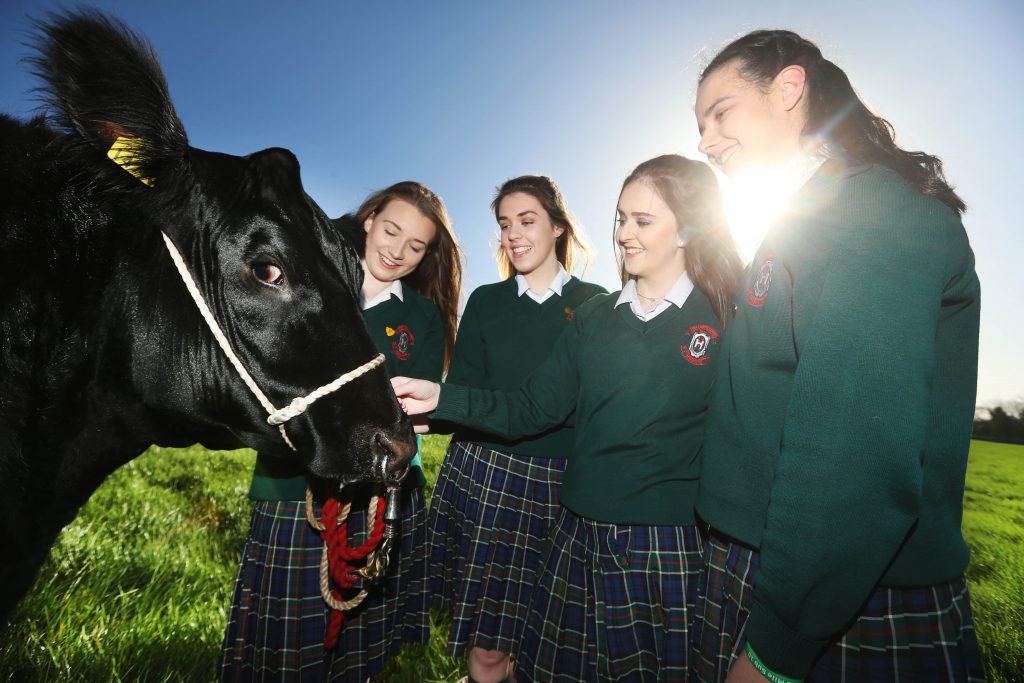 The runners up in the competition were a group from Salesian Secondary College, Pallaskenry, Co. Limerick, who focused on the importance of farm safety in their project.

Each of the finalists received the financial benefit involved in the selling of the animals to the processors on completion of the project, which amounted to an average €6,800.

Meanwhile, the winning students also receive an additional grant of €2,000 for their further education.

The teams also conducted research and set about increasing market awareness of the benefits of Certified Irish Angus Beef.

The Certified Irish Angus Beef Schools Competition is run by the Irish Angus Producer Group, along with its processor partners, ABP Ireland and Kepak Group.

The aim of the competition is to encourage second level students to gain an understanding about the care and attention that is required to produce and market the highest-quality beef for consumers.

As part of their Leaving Certificate Agricultural Science project the students are required to set milestones through the lifetime of the animals.

The students in Our Lady’s School, Terenure were worthy winners, according to the General Manager of the Irish Angus Producer Group, Charles Smith.

From the outset, the girls from Our Lady’s School in Terenure demonstrated the ability to take on a challenge and achieve success.

“The location of their school within such an urban setting brought an added air of excitement and enthusiasm for the project,” he said.

The Irish Angus Producer Group is currently in the process of selecting five new schools, from a shortlist of 34, who presented their project ideas to a group of industry representatives at the Croke Park event today.

It will be the beginning of April before the five new schools who are to receive the Irish Angus cross calves will be announced.

These students will also take part in a training day in May to prepare them for the care of the animals.

They will have to wait until the National Ploughing Championships in September to be presented with the calves.

Students promote Irish Angus in the hope of winning 5 calves