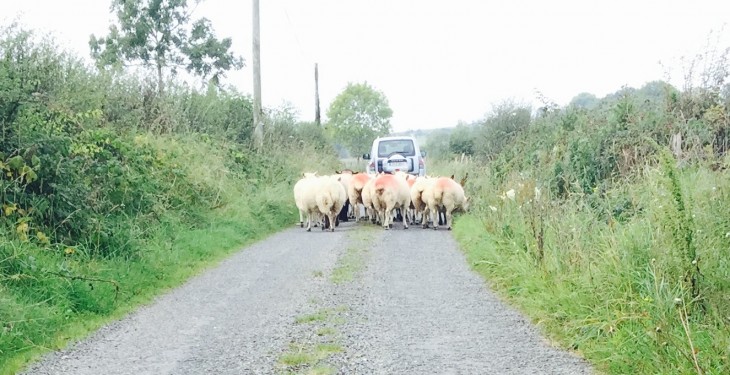 Today (Monday) will be a mainly cloudy day with patches of rain and drizzle, but overall a lot of dry weather again, Met Eireann said.

A few sunny breaks may develop later in the day it said with highest temperatures of 12 to 15 degrees.

There will be almost no wind in the morning(Monday), and during the afternoon light westerly breezes will develop. In the evening, outbreaks of rain will develop in the northwest, it said.

Tonight (Monday) Met Eireann said there will be outbreaks of rain which will continue for a time over northern parts.

It will stay dry elsewhere, cloud will tend to break and some fog may form towards dawn. Temperatures will fall to values between 3 and 8 degrees and, Met Eireann said it will be coldest in the south.

Looking to tomorrow (Tuesday), it will be dry for most of the day with a few sunny spells, according to Met Eireann, however, towards evening cloud will thicken from the west followed by rain.

There will be highest temperatures on Tuesday of 12 to 14 degrees and light to moderate southwest winds will increase fresh or strong in Atlantic coastal regions later.

Drying conditions on Tuesday will only be moderate due to the cool air mass and light winds.

More wind from Wednesday onwards and this will improve drying conditions at times but of course drying will be generally poor as bands of rain or showers cross the country, it said.

Night time temperatures will be much higher compared to recent nights, it said, not falling below 10 degrees in most places.

Wednesday will be dry in most areas, but Atlantic coastal regions will stay dull and damp, however according to Met Eireann it will be mild for the time of year with temperatures in the mid-teens in most parts of the country.

Wednesday night will be mild as well with no frost and it said that Thursday is looking cloudy with scattered outbreaks of rain and highest temperatures in the low to mid-teens.

According to Met Eireann, Thursday night will be a bit colder, but frost is not likely.

Looking to next weekend, Met Eireann said that Friday may see a good deal of dry weather, with some sunshine, but a next band of rain is set to arrive in the west later in the day.

It looks like it will turn colder during the weekend with sunshine and showers.