‘Driver might get bale’: Gardai stop driver with unsecured load

Members of An Garda Siochana in Co. Cork recently stopped a driver who was towing a trailer with an unsecured load.

In a tweet on the official Twitter page for An Garda Siochana, it was outlined that the driver was pulled over by the Bandon Traffic Corps.

The trailer was missing a light or two and the load – a single 4X4 round bale of hay – was unsecured, according to Gardai. 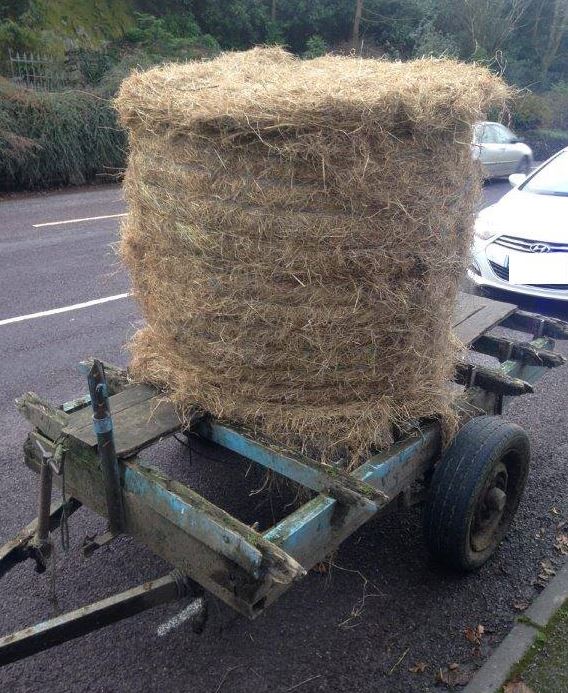 The tweet warned that unsecured or inadequately secured loads can injure or even kill people.

Bandon Traffic Corps – Trailer was missing a light or two & load was unsecured. Driver might get bale…. 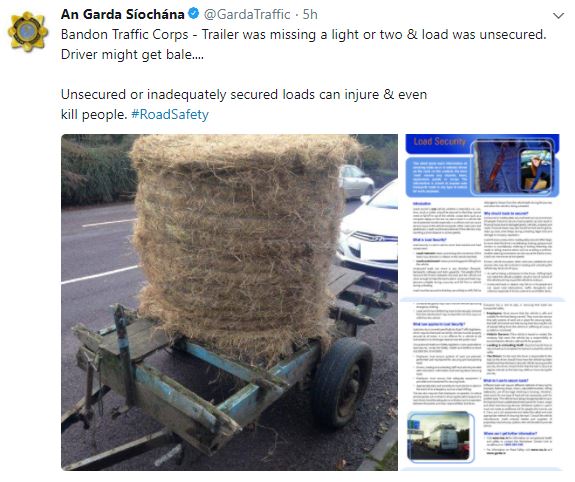 The tweet cheekily added that the driver might get ‘bale’. It is unclear whether or not the driver involved in the incident received a penalty from Gardai for the offence.

The Gardai also included screenshots of information about the importance of securing loads.

Travelling with an unsecured load poses a number of risks for both the driver of the vehicle and other road users, according to the Road Safety Authority (RSA) said.