Out and about with Dr. Dan Ryan 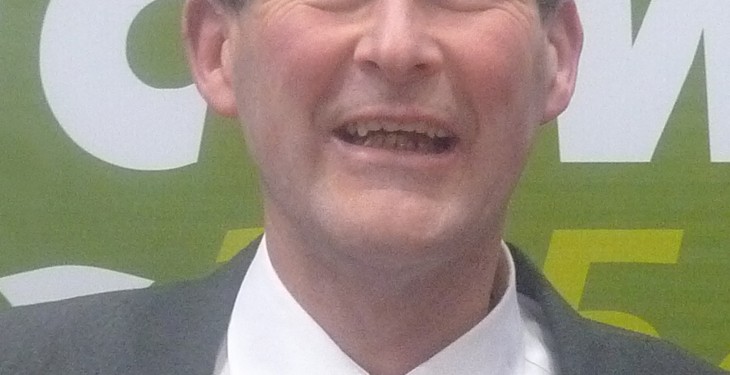 This week was curtailed to four days work with St. Patrick’s Day falling on the Monday. My weekend entailed meeting the chancellor of US University LSU at Bagon Rouge with their 350 member marching band visiting Dublin to participate in the parade. It was hard to believe that it is now 25 years since I started my studies in the USA.

Farmers are anxious to get cows out to grass. Grazing conditions are poor and grass growth rates need to improve if the grazing rotation is not to be negatively impacted. Low cost grass based milk production systems has resulted in turnout to grass by a calendar date. Temperatures dropped toward the end of the week with snow cladding the peaks of the Galtees and the Knockmealdowns.

The impact of storm damage in February is still a talking point at farm visits in Kerry and Limerick. The impact was very much a hidden phenomenon as it did not hit centres of population density in Dublin. Can you imagine trying to milk cows without lights as the generator had only sufficient power to drive the milking machine? Having milked the cows, the biggest task was cooling the milk. Some farmers were left without electricity for 5 days.

The storms uprooted many trees, which were in excess of 100 years. In fact, many deciduous trees on some of the most picturesque estates throughout Ireland were destroyed. Pallaskenry Agricultural College had hundreds of trees blown down which in turn destroyed many of the electric fencing systems. It may take them three months to remove all fallen trees.

The storms also resulted in severe flood damage and a breakdown in telephone connectivity for periods up to 30 days. Some roads are still flooded and we had to drive through a 4 foot high flood extending over a 100 yard stretch near Quin, Co. Clare.

Finally, dairy farmers in the Kerry catchment area for milk are in buoyant mood. They were informed by text this week that the Plc was 14 million litres under quota. These farmers are willing to feed supplementary concentrates as there is a return on investment.

Dr. Dan Ryan is a cow fertility expert and can be contacted at www.cowsDNA.com . He will be reporting each week on what he encounters on his travels out and about around Ireland.