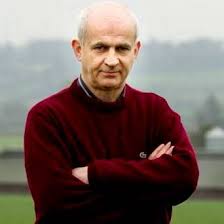 In his inaugural address as leader of the Irish Farmers Association (IFA) Eddie Downey outlined the team that will work with him over the next four years.

In a new structure for the IFA, there are four regional chairman and James McCarthy in Munster will also head up the inputs project team.

Tom Turley will chair the special areas of conservation (SAC) project team and will also assume responsibility for waterway management and flood prevention.

In his speech, Downey stressed the importance of his new Charter of Rights designed to remove the fear surrounding inspections.

Speaking to the press afterwards he said: “The main issue is unannounced inspections.”

He stressed: “The situation with inspectors just driving into the yard unannounced. The fear factor associated with that is anonymous. It’s unacceptable.”

“It’s not just here it’s all over Europe and this is a problem.”

He added: “The key to this whole area is the yellow card system. Where the inspector would come in and say to the farmer you have a couple of weeks to get something right.”

Addressing public concerns in this area, he said:”We understand inspections are required, we want to meet the standards as long as the standards are reasonable and fair.

Downey also commented on the ongoing controversy surrounding the bull beef sector. He described the actions of the factories as “totally disingenuous”.

He commented: “Two years ago they were out there running around the country encouraging farmers to hold those Friesian bull calves.”

“We will get a market for them. They talked farmers into this business and when the animals were ready two years down the road they pulled the price. That’s unacceptable.  When they promote something like that, they have to stand by the people that invested in it.”