Don’t dismiss loose cows at grass as being inevitable 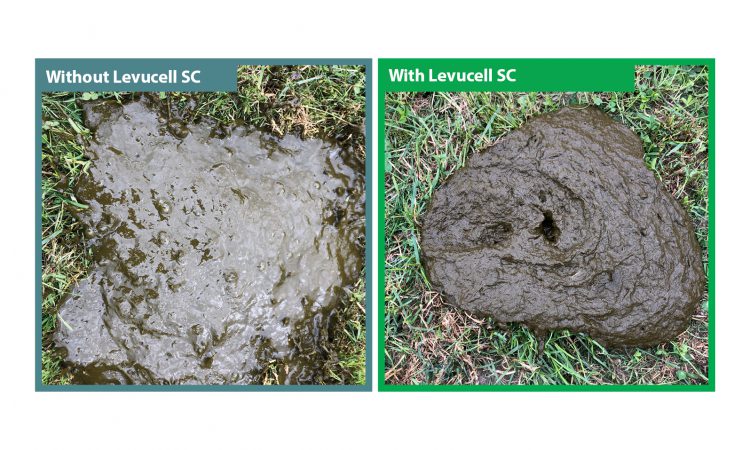 We all know that when cows are grazing lush pasture they go ‘a bit loose’, which is a real inconvenience at milking time; but this loose manure can also suggest poor rumen function, particularly if gas bubbles and undigested fibre are visible.

The financial implications of compromised rumen digestion like this can be significant as, not only can we see lower milk quality, cows will not achieve their milk production potential from grazing.

One farming couple who know all about the challenges of managing cows at grass are Kevin Gleeson and Anne Sugrue who lease 65ha in Borrisoleigh, Co. Tipperary. The couple run 147 mainly spring-calving Holstein cows on a 55ha grazing platform.

Cows are achieving 7,500L/year on 1.3t of concentrate with 570kg milk solids per cow sold to Tipperary Co-op. Cows are split across two herds: one milked through a Lely A4 robot; and the other through a DeLaval herringbone parlour.

“We were approached by Bryan Buckley from Lallemand Animal Nutrition at the end of 2018 to see if we would be interested in taking part in a live yeast trial with our Lely robot herd for the 2019 grazing season,” explained Kevin.

“We’ve had good results with Lallemand silage inoculant so we agreed to the yeast trial but, after having difficulty sorting the dispenser for the robot, we didn’t get things started until May. This made me a bit sceptical of seeing a benefit since we’d missed the early lush spring grass.”

Of the 55 cows going through the robot, 27 were allocated to receive Levucell SC (1X1010 cfu/head/day) via the dispenser based on days in milk and yield.

The remaining 28 received no additional supplementation to their 5kg of 14% protein dairy nut.

In addition to the robot’s recorded performance data, key visual indicators of rumen efficiency were also investigated on three occasions during the four-month trial with notable differences detected in manure consistency and cow cleanliness. 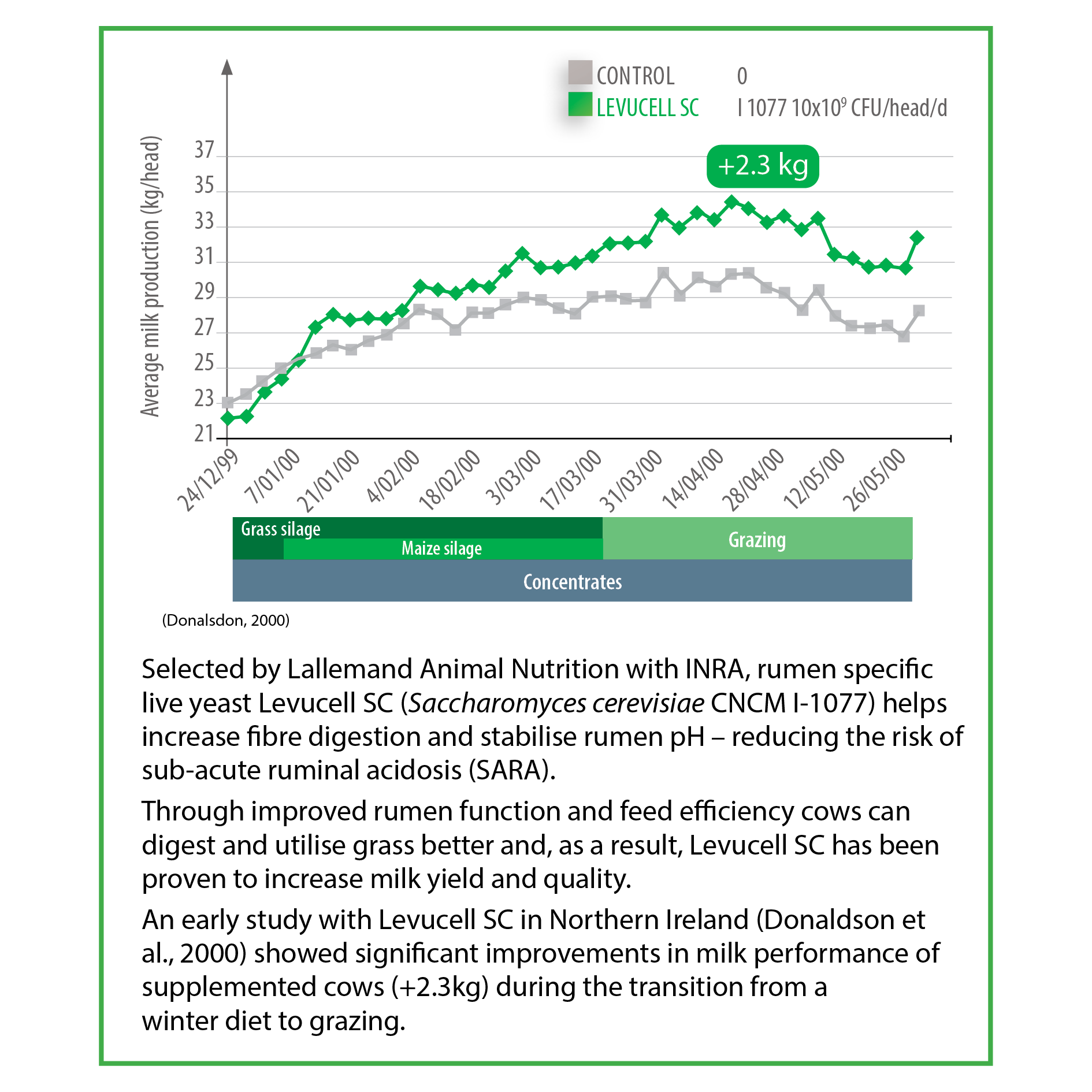 The 27 cows supplemented with Levucell SC via the robot produced on average 0.5L more milk per day with significantly higher levels of fat and protein (Table 1 below) than their control group counterparts.

During the trial, Kevin and Anne noticed a difference in manure quality amongst the robot milked cows and it quickly became clear that those cows not receiving Levucell SC were much looser than those receiving it.

“Once we saw the difference we made the decision to put our other herd onto the live yeast and it didn’t take long for these cows to start presenting much cleaner in the herringbone parlour, confirming the results seen in the robot,” said Kevin.

“Having completed the trial and run the figures with Anne, the additional milk solids versus the cost of the live yeast gave a return of investment of 6:1 and we’ve asked our feed supplier to include Levucell SC TITAN in our feed for this year.” 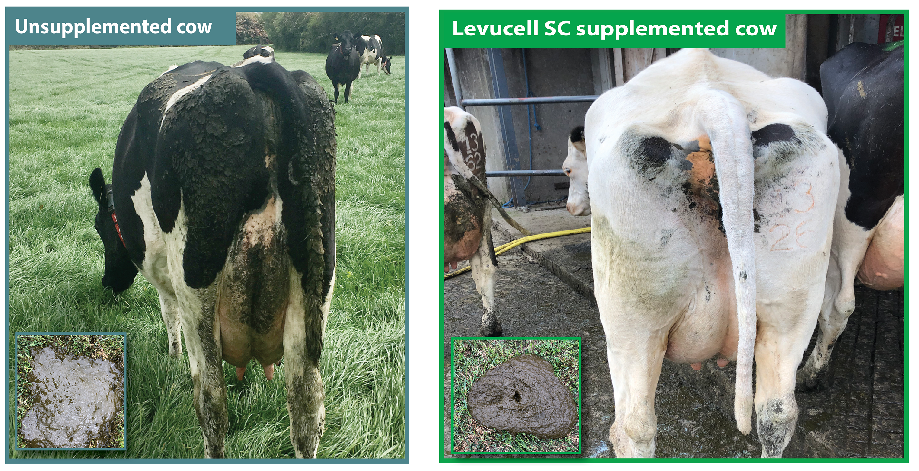 Like many other biological feed additives such as vitamins and enzymes, live yeast is sensitive to external stresses such as heat, moisture, pressure or contact with certain chemicals or trace elements.

One of the challenges of including a live yeast in a grazing supplementary feed is that very often the conditions needed to make the pellet are more challenging due to a higher fibre content.

As a result, protection is essential to ensure stability through the feed pelletisation process and during storage. Levucell SC TITAN is the only live yeast on the market to benefit from a patented method of micro-encapsulation called TITAN.

Benchmarking studies performed by independent and recognised institutes have demonstrated the higher stability of TITAN versus other non-coated yeast sources (Table 1).

Rumen specific live yeast can be an effective tool to improve milk performance at grass provided it survives the feed pelleting process.

Levucell SC can be included in minerals, blends or compound feeds in its protected format, Levucell SC TITAN. It is also available as a farm pack which can be mixed or top-dressed with farm rations.