Do you have the best weed control option for your grassland? 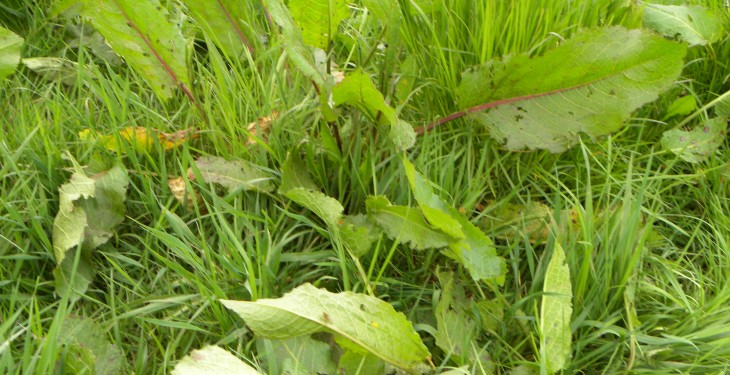 A powerful new grassland weedkiller has been introduced widely in Ireland for 2019. UpRoot from DHM Agrochemicals promises to deliver broad-spectrum, long-term weed control in Irish grassland.

Trials conducted on Irish grassland farms over the past two seasons have given very impressive weed control results.

DHM has been introducing effective and good value weed control solutions to the Irish market for the past 25 years.

The combination of triclopyr and 2,4-D ester provides probably the widest spectrum of weed control available for Irish pastures.

Effective weed control in grassland is a constant challenge for Irish farmers. We have come through a mild autumn, winter and spring which is most unusual.

As a result, grass growing conditions have been excellent. Unfortunately, weeds grow well in these conditions too proven by the large weed infestations evident on Irish grass farms now.

The severe fodder scarcity in recent times has been well documented. The priority now is to maximise grass growth and development for the remainder of 2019.

Weeds dramatically reduce the quantity of grass available for grazing or silage. For example, a 10% infestation of docks in a pasture reduces grass yields by 10% also. Add to that the reduction in silage and hay palatability from weed infestation and we can see then real cost of weeds in pastures.

It is critical that grass growth is maximised to cater for current high stock numbers and to boost silage and hay reserves for next winter. Effective weed control in pastures will pay a vital role in this process.

Docks present a significant weed control challenge. Established docks in particular have an extensive root system which continues to develop when the plant growth is not controlled.

Effective control requires a chemical ingredient to move to the root zone. This is done very well by UpRoot.

Docks should be sprayed when growing well at the rosette stage up to 250mm across or high dock control is rarely complete in one season. This is largely because dock seeds survive passage through the animal and reinfects pastures through dung and slurry.

However, docks that grow in this manner will be smaller, weaker and easier to control.

Again, nettles possess an extensive root system. The main ingredient in UpRoot, triclopyr, has been shown to be very effective in controlling the nettle root system.

Nettles should be sprayed when actively growing before flowering.

Thistles render grass quite unpalatable and lead to significant losses. They should be sprayed at the rosette stage up to 250mm across or high.

These should be sprayed when growing well before flowering.

Bramble should be sprayed when growing well before senescence has started. Good weed coverage with the spray is important.

In order to minimise weed infestation, every effort should be made to provide good grass competition for weeds. Land that is poached should be rolled and well fertilised as soon as possible.