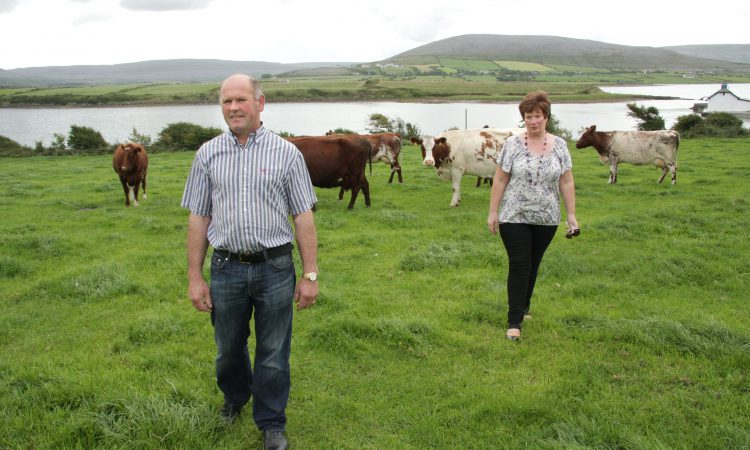 A Burren farming couple run what they hail as the most westerly ice cream parlour in Europe. Dairy farmers Brid and Roger Fahy milk 95 cows.

“The majority of the herd is Friesian, but we have some dairy Shorthorn cows in the herd. Our son, Padraig, works in partnership with Roger on the farm,” said Brid.

Back in 2004, she was commuting to work in Galway and – with three young children – found their lifestyle wasn’t working.

“The buzz word at the time was ‘diversify’ and we knew we couldn’t get any bigger as a dairy farm as we had the sea on three sides of us. We decided we would look at diversification and started researching ideas,” said Brid.

“I am a nurse and Roger only knew about farming, so we looked at making cheese and fudge. We decided that – as we are in a high tourist area – holidays and ice cream go together.”

She did a number of courses over three years, including one in a university in Bologna, Italy.

With the support of a Leader grant and assistance from the Department of Agriculture, Bord Bia and Failte Ireland, the couple went ahead with their ice cream venture in 2006.

“We built a production unit on the farm and started supplying ice cream to supermarkets, hotels and restaurants,” Brid said.

They then constructed Cafe Linnalla on the farm which opened in 2011, serving coffee and desserts as well as ice cream, and now just supply the café.

“In the summer months only, we employ five people in the café which has views of Galway Bay and the Burren.

“The café is a very popular spot in the summer when people come to the Flaggy Shore. We hope to develop the café which is at the western end of the Flaggy Shore, made famous by poet Seamus Heaney in ‘Postscript’, to increase its size and other on-site facilities,” said Brid.

We make over 20 different flavours; many of the ingredients are bought, picked or foraged locally, such as our wild blackberry ice cream or Seabuckthorn or maybe wild sloe. We display nine flavours in the café and they change daily.

With their proximity to the Cliffs of Moher, the Fahys have enjoyed an outstanding location and have loyal Irish customers as well as being a huge draw for international tourists. Business since reopening after lockdown has been better than anticipated, Brid said.

“We had a lot of farm tours booked to visit us, but they all had to be cancelled. It will be a slow journey back but we will work on developing the café and the site.” 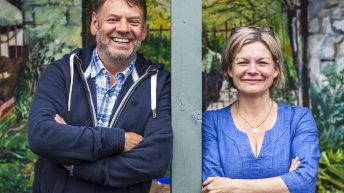 Drive-through organic fast food outlet plan back on the road