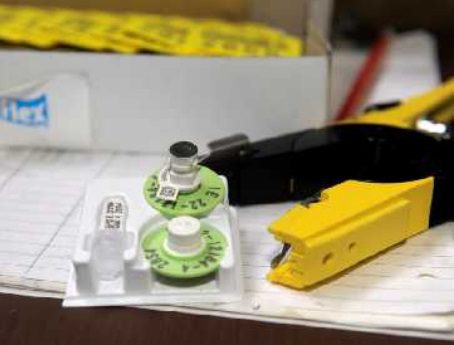 Key details have emerged of the Department of Agriculture’s new cattle tag supplier approval system, which is currently being developed.

This Department recently forwarded a draft of the proposed official standards for approval of bovine identification tags and related services to industry stakeholders and has sought observations from potential suppliers by August 5.

The Department says it expects it will be in a position to publish the definitive standards within the next week. The standards relating to the ear tags have also to be cleared with the EU Commission and other Member States under the Technical Standards Directive and the Department submitted a notification under this Directive last week.

It is expected that the new system will be operational with effect from November 1 at the latest.

According to the Department, it will engage with potential suppliers in the meantime.

The intention is that an approval granted to an applicant that made an application in 2016 will remain in place up to December 31, 2020, it says.

It is understood that the Department has included a condition that an approved supplier is not permitted to set a ‘minimum order’ for the supply of new tag sets or replacement tags and that it has also set out that the unit price charged per tag or tag set ‘shall not disadvantage smaller producers’.

Strict criteria in relation to loss rates are also understood to be included in the Department’s new system. It is also understood that for a conventional tag to be approved, the annual loss rate must not exceed 7%.

Approximately 2.3m bovine animals are tagged and registered each year mainly in the spring/early summer period in approximately 80,000 breeding herds.