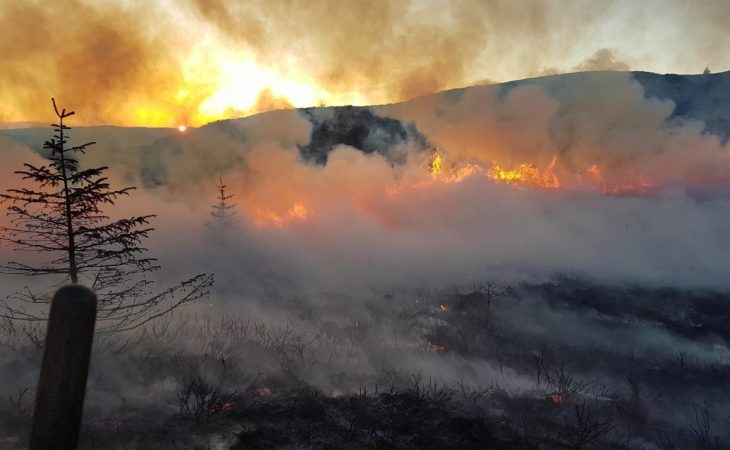 The Department of Culture, Heritage and the Gaeltacht has issued a warning and reminder to the public, particularly to landowners, of the dangers posed by wildfires and their impact on wildlife, forestry and communities.

Issuing the reminder today, Thursday, June 27, the department noted that it is an offence under the Wildlife Acts to burn growing vegetation between March 1 and August 31.

Over recent years, many rural and remote communities are hugely impacted by wildfires, which can cause significant environmental and economic damage, the department said.

Minister for Culture, Heritage and the Gaeltacht, Josepha Madigan, said:

I would like to take this opportunity to encourage members of the public – including landowners, farmers and recreational users of publicly accessible land – to act responsibly at all times, to be mindful of their own safety and the safety of others, to be mindful of the need to protect property.

The National Parks and Wildlife Service (NPWS), which is under the remit of the department, has highlighted the detrimental effects of uncontrolled fires at this time of year.

Dr. Barry O’Donoghue of the NPWS said: “Fires do not just happen in Ireland; they are caused deliberately or inadvertently go out of control.

“This is a particular risk during hot and dry periods of weather like we are currently experiencing.

Uncontrolled fires can have devastating impacts on habitats and species and ecosystems that may have taken decades or centuries to establish, but can be lost in minutes in a fire.

“Birds, mammals, frogs, insects and plants are regularly incinerated in such fires, and their habitat may be lost forever. In addition, inappropriate burning can have impacts on soils and water and land productivity.

“While burning can have a role to play in certain circumstances, this should only be done in accordance with a well designed and applied approach; and certainly not during the summer months.”

Giving an example, the NPWS officer noted that burning of gorse at this time of year will only serve to proliferate the gorse.

If the fire service is not alerted in time, extra destruction will ensue and the fire might not be contained at all – and more damage will be done to wildlife and property and larger fires consume more resources for our emergency services.

“People are often afraid to call the fire service for fear of being charged, but fire services do not charge for such call outs,” the officer said. 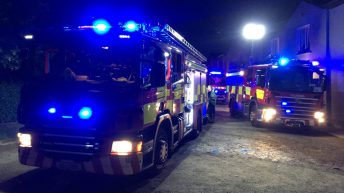