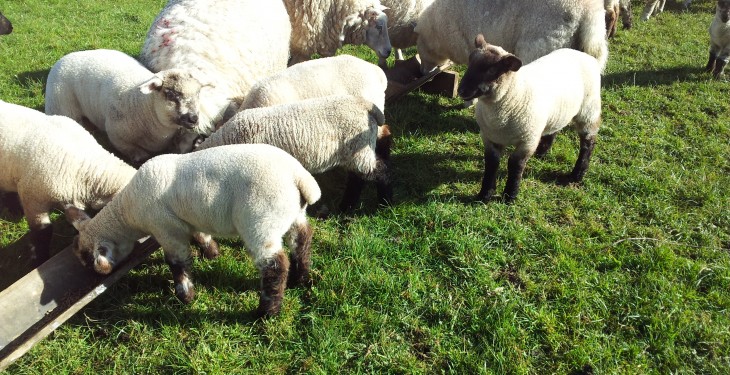 April is a key month in the year for sheep farmers in their fight against parasites (Nematodirosis). Internal parasites cause major production and economic losses in sheep flocks. Gastro intestinal worms have been shown to reduce lamb growth rates by up to 40%.

The Department of Agriculture, Food and the Marine today released advice to farmers in relation to the predicted risk of infection in livestock based on advice received from the Nematodirus Advisory Group.

Nematodirosis is a severe disease of 6-12 week old lambs, which become infected through ingesting large numbers of infected larvae present on contaminated pasture. The life cycle of the Nematodirus battus worm is unusual in that, typically, there is a mass hatching of larvae in spring when the soil temperature increases after a period of cold weather.

Infection is characterised by profuse diarrhoea and wasting and mortalities in untreated lambs can be high. Nematodirus larvae invade the intestinal mucosa after ingestion and in some cases death may occur before signs of diarrhoea induced by adult worms are observed. Ewes will appear clinically normal. This disease is best prevented by keeping the current year’s lambs off pasture that was grazed by lambs last year.

Mean temperatures for March this year were mainly on or above their long term average. Soil temperatures during March indicate that peak hatching of Nematodirus larvae is expected within the first week of April in the south and west, and from the 9th to the 15th elsewhere. Nationally the maximum larval occurrence is in line with normal conditions, where normal is the average between 1981 and 2010.

It is also important that farmers are aware that other parasites cause diarrhoea in young lambs and require different control measures and medication. Nematodirus can be wrongly assumed to be the cause of severe diarrhoea in lambs when in fact the cause is a coccidial infection.

Rotation of pasture and frequent movement of feeding troughs and watering points to drier areas will help prevent coccidiosis in young lambs as localised poaching creates moist conditions suitable for the spread of this parasite. Raising feeding troughs will also help reduce the contamination of feed with faeces.

It is advisable to consult a private veterinary practitioner for an accurate diagnosis and advice on appropriate medication if lambs with severe diarrhoea and straining are observed. Both nematodirosis and coccidiosis can occur at the same time in the same lambs, so treatment may need to be targeted for both pathogens.