The Department of Agriculture, Food and the Marine has identified two new cases of Avian Influenza (bird flu) in Ireland – one case in Co. Cork and the other in Co. Tipperary.

The latest two cases bring the total number of positive cases in Ireland to eight, six of  which happened in this calendar year.

Whist the Department does give the location of where the birds were found, this does not mean that the risk of introduction of the virus to poultry or other birds is confirmed to that immediate area.

Map: Location of positive cases of bird flu in Ireland 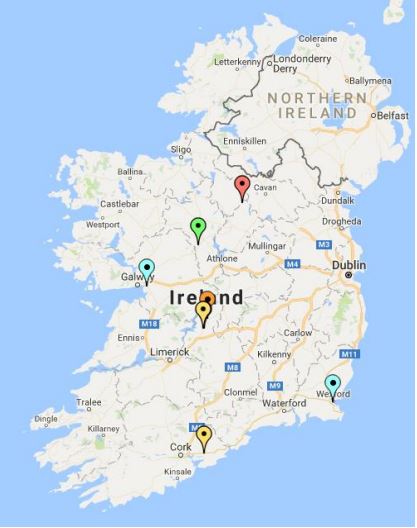 Last week, a sixth case of avian influenza was confirmed in Nenagh, Co. Tipperary after a whooper swan tested positive for the H5N8 strain.

The Department of Agriculture, Food and the Marine, continues to warn poultry owners and backyard flock owners to confine their birds indoors, to prevent the risk of the disease spreading.

The birds must be confined in a secure building to which wild birds, or other animals do not have access.

Department staff are continuing to collect sufficient birds for testing to help understand how the disease is distributed geographically, in different species and over time.

Further information on avian influenza can be found on the Department’s website, where there is also advice on handling dead wild birds.